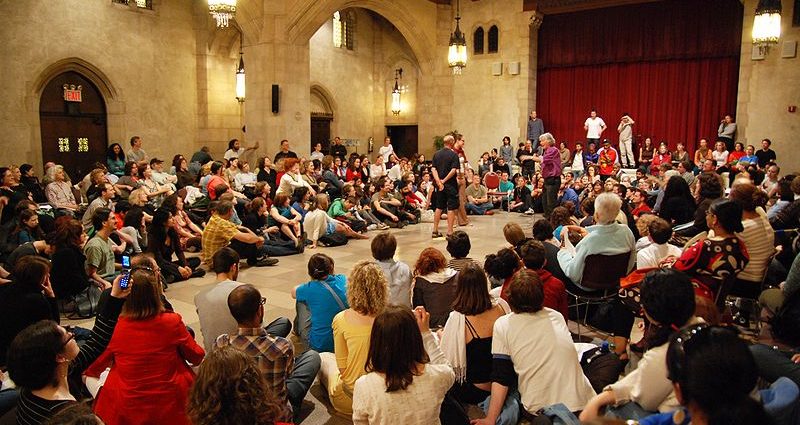 In the Journal
In their blog, Holly Eva Ryan and Matthew Flinders discuss their co-authored Politics article, which aims to reorient recent contributions in democratic theory.

Our recent paper, “From Senseless to Sensory Democracy: Lessons from Applied and Participatory Theatre” connects the traditions of politics and applied theatre in order to rethink aspects of democratic theory and political practice.

In order to understand how this paper came about, it is perhaps useful to understand a little of who we are and what we do. Holly Eva Ryan is a Senior Lecturer in Politics at Manchester Metropolitan University and former Postdoctoral Research Associate in Politics, Art and Expression at The Sir Bernard Crick Centre for the Public Understanding of Politics. In early adolescence she became a Carer and began attending a community theatre group as respite. It was here that she first recalls becoming engaged with politics. Her research is dedicated to exploring the links between international politics, civil society and the arts, but she has a particular personal interest in theatre practice. Matthew Flinders is a professor of UK politics with a focus on democratic practice and disaffection. He heads up The Sir Bernard Crick Centre at the University of Sheffield, a centre dedicated to promoting political inclusion and public understanding of political processes and events. The article represents a melding of research agendas and a mutual interest in ‘what theatre can do for democracy’.

Our paper starts from the premise that democratic politics is not in decline as some have argued, but rather that it is changing; that it has changed. In recent decades we have borne witness to a clear widening of claim-making strategies, access points, and modes of engagement by a broad range of civil society actors. This is evidenced in the rise of digital platforms and ‘artivism’, as well as performative practices like ‘slutwalks’ and public space occupations that lead by example by literally enacting and exemplifying the socio-political changes they advocate for. These developments raise some important qualitative questions about the receptivity of the existing political establishment, suggesting that those in power need to become not just more, but differently attuned if they wish to foster meaningful engagement with contemporary publics.

Against this backdrop and set of observations, the paper reviews and dissects two recent and influential interventions in democratic theory, Jeffrey Green’s ‘The Eyes of the People’ and Andrew Dobson’s ‘Listening for Democracy’. Each of these works has aimed to advance ideas for democratic reform based upon closer engagement with the sensory experiences of politicians and publics. They illuminate respectively how a sharper focus on processes of listening and observation can improve our understanding of how democratic politics works as well as how it might be improved. Whilst each of these contributions offers a novel and indeed welcome departure from the ‘declinist’ versus ‘evolutionary’ debate which has preoccupied scholars in recent decades, they are both characterised by one quite striking omission: neither engages with aesthetics, the very body of scholarly literature dedicated to the study of the senses.

It is here that we situate our intervention in the literature, exploring some of the ways that an engagement with the emerging field of ‘practical aesthetics’ can supplement and bolster ongoing innovation in political theory. Following Jill Bennett and others, we understand ‘practical aesthetics’ to define field of study centred on the relational and emotive quality of applied artistic forms, one that examines the interaction between the arts and the wider social sphere. Applied theatre forms just one part of this field of study, but it is the most relevant for our purposes in this article, since it provides specific insights into the practices of looking, feeling and listening that remain woefully un(der)recognized in political theory. Focusing on the work of Green and Dobson, we formulate five critiques that deconstruct their arguments and attempt to refine them with insights drawn from applied theatre. The critiques revolve around:

For a full elaboration of each of these critiques, we encourage you to read the article, available here. The result of our intervention – we hope – is a little bit of productive cross-fertilization between disciplines and a greater appreciation for the complexities and nuances of ‘sensory’ experience in domestic and international politics. 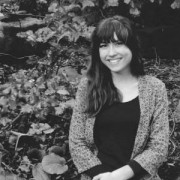 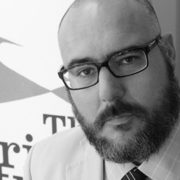 Matthew Flinders is Director of the Sir Bernard Crick Centre for the Public Understanding of Politics, University of Sheffield.