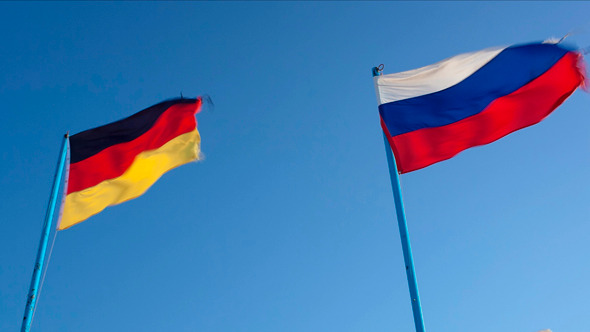 In International Relations, identity politics is often characterized as an inherently exclusionary type of discourse that pits a national Self against a threatening Other. Indeed, politicians have long attempted to consolidate their domestic popularity or to justify their foreign policy initiatives through opposition to external threats, whether real or constructed. As scholars have highlighted, media and political narratives in the United States and Russia have perpetuated this mutually antagonistic discourse during the Cold War and again since the 2000s.

However, most analyses tend to overlook that positive change in collective identity and foreign policy discourses is possible. National identity is a malleable construct that evolves as a result of the domestic political contestation, changes in the international scenario and, most significantly, the agency of national leaders. My recently published Politics article, “An evolving Other: German national identity and constructions of Russia” illustrates this through a long-term analysis of German foreign policy discourses on Russia.

The article argues that, from the late 1960s, Germany’s genocidal past and war crimes in Eastern Europe became the subject of an extensive domestic debate, and were reconceptualised as the country’s main negative Other in national identity. In foreign policy, antagonising this past was the key driver behind the quest for reconciliation with the wartime victims of German aggression and crimes. The charismatic agency of Chancellor Willy Brandt translated the desire for reconciliation into foreign policy practice, most notably through his cooperative Ostpolitik with Soviet Russia and Eastern bloc countries. Hence, the historically conflictual German-Russian relationship changed in its nature, leaving room for cooperation and economic partnership.

The article also shows that the positive reconceptualization of Russia in German identity narratives has proven remarkably resilient. Despite Russia’s assertive foreign policy and belligerent stance in the recent Ukrainian crisis, German leaders has not reverted to pre-Ostpolitik narratives of negative othering. Despite mutual sanctions and tensions, German policy makers have ruled out a military intervention in the crisis. Instead, they have led diplomatic efforts to solve it peacefully, and continued to pursue the long-term goal of partnership in relations with Russia.

Recent developments have confirmed the endurance of Ostpolitik and non-antagonistic othering in Germany’s stance towards Russia. For instance, despite the tensions caused by confrontation over the Ukraine crisis, Chancellor Angela Merkel continued to pursue the policy of historical reconciliation with Russia. In May 2015, she travelled to Moscow for a joint commemoration of the seventieth anniversary of the end of the Second World War with Russian president Vladimir Putin.

As the nefarious consequences of past conflicts with Russia are deeply entrenched in German national identity, German leaders are keen to uphold dialogue and cooperation with their Russian counterparts. This political stance also contributes to explaining the continued support of the German government for an energy partnership with Russia – a key element of Germany’s Ostpolitik. While often misunderstood as a stance motivated exclusively by economic calculations, Germany’s energy politics towards Russia is partly driven by the belief that trade facilitates political rapprochement and diminishes the incentives for future conflict. ‘Russia won’t disappear from the map, and we need to find ways of engaging it’, is the reasoning that one often hears in conversations with German diplomats.

German perceptions of Russia are particularly important at a time when Germany is becoming an essential driver of European foreign policy, while Russia’s international posture has questioned the European post-Cold War order. Moscow’s revisionist stance has reawakened memories of past conflicts in both the United States and in several East-Central European countries, thereby eliciting a firm and deeply antagonistic response. In Germany, the reaction to Russia’s actions has been more balanced.

As my article argues, Germany’s pacific security culture, multilateral approach and Ostpolitik tradition – all of which are essential constituents of the country’s foreign policy identity – have induced German leaders to pursue a negotiated solution of the current crisis. Germany’s stance towards Russia highlights how non-antagonistic othering can become an enduring component of a country’s national identity. Contrary to widespread assumptions, conflictual othering can be transcended by less oppositional forms of difference and thus facilitate the resolution of conflict in international politics. 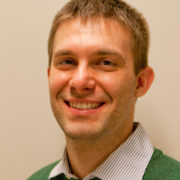 Marco Siddi is Senior Research Fellow at the Finnish Institute of International Affairs, where he focuses on EU-Russia relations and European politics.