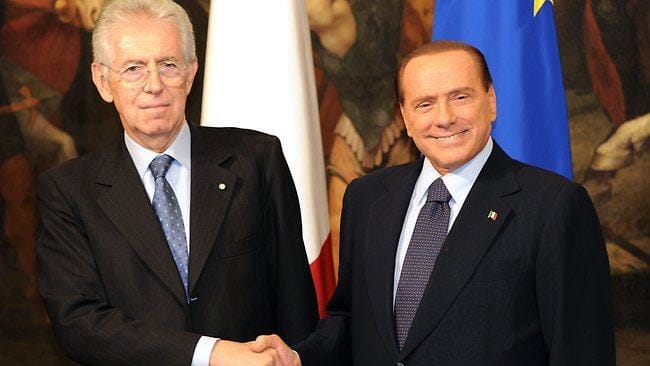 The political styles of two Italian Prime Ministers like Mario Monti and Silvio Berlusconi are quite different. An extremely serious (boring, some would say) technocrat versus a businessman evolved into a peculiar politician whose activities and statements provoked continued controversies (showman, some would say). The two appear almost opposite alternatives.

However, research about process preferences – which investigates how we want collective decisions to be made – has traditionally considered these two Prime Ministers as belonging to the same category: two forms of ‘stealth democracy’ solutions, based on criteria of efficiency rather than on ideology and political debate. Our recent research questions this traditional option and explores whether there are different publics supporting Monti-style or Berlusconi-style solutions.

We also analyse these nuances among participatory solutions. Are citizens that would like an enlarged use of referenda the same ones that also want politicians to be more generally responsive to citizens’ demands and preferences?

We explore this second question using the 2012 European Social Survey that provides a broad European overview of these attitudes. To distinguish between the business-style ‘stealth’ solution (represented by Berlusconi) and the technocratic one (Monti), we use survey data from the four countries where this is available: Finland, Netherlands, Spain and the United Kingdom.

Exclusive support between variants of stealth democracy is even stronger. In Finland, Netherlands and especially Spain, support for experts is much larger than for business-related solutions, whereas the opposite pattern appears in the UK, where business democracy finds its largest level of supporters.

When we try to understand what distinguishes these different publics, we make further advancement on the stealth side: technocrats are preferred by more educated citizens (again, except in the UK) and successful businessmen transformed into politicians are especially supported by right wing citizens.

In sum, diverse ‘stealth’ and ‘participatory’ publics exist. Citizens in each of these groups may share some values and preferences, but not all those supporting referenda will also like any other participatory institution. Equally, supporters of Monti and Berlusconi may share a certain desire for a more efficient and less political public sphere, but many of them will only find of these candidates as a sufficiently appropriate solution.

Joan Font is Senior Researcher at the Institute for Advanced Social Studies (IESA-CSIC) in Cordoba, Spain. He holds a PhD in political Science (1993, UAB) and is Master of Arts at the University of Michigan. He was the research director at the major public survey institution (CIS) in 2004-2008. Previously, he was senior lecturer at the Political Science department of UAB, where he acted as Vice-Dean, PhD program director and research director of the IGOP participation area. He has directed applied participation projects for several public administrations as well as research funded by the European Union Vth and VIth Framework programs and for the European Science Foundation. His research interests focus on public participation and the role of citizens in policy-making. He has published in national and international journals about elections, surveys, public opinion, associations, citizen juries, deliberative opinion polls and other local instruments for citizen participation. He is the principal researcher of the MECPALO project that researches public participation instruments in Southern Europe.

José Luis Fernández-Martínez is a predoctoral researcher at the IESA-CSIC and Universidad de Granada.