If you’ve ever tried to interrupt or pause an ongoing conversation to make a comment about the way people discuss an issue – how they miss important aspects, ignore valid points of view, or exclude people who might have something to contribute – you have been part of what theorists of democracy call “meta-deliberation.” Simply put, the term refers to the act of addressing problems with how discussions proceed.

Meta-deliberation concerns a critical aspect of democracy – how to make room in our conversations for all citizens affected by the issues and all the perspectives relevant to make well-informed decisions. For instance, have debates about climate change failed to involve young people, who will be most affected by its consequences? Such discussions concern our rights and responsibilities as citizens. While political equality may be most concretely expressed through the equal right to vote, citizens exercise power also by debating and reasoning together. Thus, when people cannot be part of discussions that affect them, or when discussions are shaped by preconceptions that make it hard to consider all relevant perspectives, we have a democratic problem.

Until now, theorists of democracy have seen this as their problem to solve. They have asked themselves: how can we create better forums for public discussion so that everyone can participate on fair terms? It now appears, however, that the question itself might be misguided.

Whatever solutions theorists come up with, they will never be able to guarantee that people have equal chances to speak and be heard. After all, societies are not theirs to shape and manipulate as they wish. Real-world citizens need to know, instead, how to deal with the problems they will face. This includes how to bring attention to failures to include all relevant aspects or views.

In a recent article in Politics, I describe this democratic challenge and highlight three issues that we need to keep in mind when discussing meta-deliberation.

First, meta-deliberation often occurs in the most everyday situations. Whenever a person says “I think we have not considered all relevant aspects of this issue,” or asks “should we not also ask other people what they think about this?” they are contributing to meta-deliberation. Thus, while we usually associate democracy with specific political institutions (the parliament, public referenda, and so on), meta-deliberation takes place as ordinary citizens engage in ordinary discussions.

Second, meta-deliberation often has the same problems as other kinds of conversation. When people talk about how we talk, they are not necessarily any more open to considering all relevant aspects and views than people are in other types of discussion. This makes things more complicated, because not only do we need to talk about the way we talk, we also need to examine, and talk about, the way people talk about how they talk. We could go on, in an endless regression, to examine issues that are even more “meta” (talk about talk about talk about talk, and so on). The point is, to be reflective of how we interact does not stop at any particular level – it’s reflection all the way down!

Third, these issues may seem very philosophical, or even silly. Why do we need meta-deliberation in the first place? Can’t we just go on like we do? After all, isn’t it working pretty well anyways? We could perhaps do so, and maybe just deal with specific problems as they arise instead of thinking that people should be constantly engaged in discussions about democracy. But the thing is, how do we know a problem when we see one, and how do I know that what seems like a small problem to me isn’t a big problem for you? Without an ambition to make public conversations open to all citizens and open to all relevant points of view, we might miss issues that need to be addressed, or we might address them when it’s already too late. A well-functioning democracy must give citizens possibilities to address a wide range of problems, not just the ones that seem most urgent at the moment, and to consider various perspectives and forms of knowledge, not just the familiar ones. That’s why we need to talk not just about the problems we see at the moment but also about the way we discuss them. 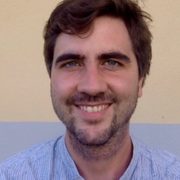