Despite the ongoing division and debate over the UK’s future relationship with the EU, the Government is currently working on the assumption that exit will take place by 31st October 2019. Key to their ongoing preparations, driven by a view that migration was central to the Leave campaign’s success, is the development of a future migration policy.

The clearest indications so far of what this policy might look like come from two documents: the Government-commissioned report by the Migration Advisory Committee (MAC) on the impact of migration to the UK from the European Economic Area (that is, the EU28 plus Iceland, Liechtenstein, and Norway, citizens of which all enjoy reciprocal freedom of movement), published in September 2018; and the Government White Paper on immigration, published in December 2018.

Taking on board the MAC’s recommendation to remove preference for EU citizens, this latter document announced an intention to move to a single points-based migration system after the transition period, which will give “access to highly skilled and skilled workers from all countries” (p. 15). However, the Government parted from the MAC by also proposing to institute, as a transitional measure, “a time-limited route for temporary short-term workers”, which “will allow people to come for a maximum of 12 months” (p. 16).

How can we understand this proposed system, and what might its effects be? In a recent article in Politics, I examined the current UK visa regime for non-EU migrants, which will form the basis of the proposed ‘post-Brexit’ regime. The most popular categories in the ‘points-based system’ that applies to most non-EU migrants in recent years have been the Tier 2 and Tier 5 visas. These offer temporary residence for periods of between one and nine years, with the length of stay granted depending on factors such as age, wealth, and the type of work undertaken.

I noted how the explicit references in the visa guidelines to indicators such as salary and savings tie this regime into much wider class, racial, and gender dynamics, by ignoring how access to high earnings or cash reserves are often influenced by nationality or family background, or by promoting a gender-blind notion of ‘minimum salary’ that does not take into account well-documented gender pay gaps. For those employed in less desirable occupations, or who cannot meet stringent conditions such as earning at least £35,000 per year, the end of the visa period will mean moving on to a third country, or remaining  in the UK but crossing from a legitimate residence status to an irregular one, and from the open economy to the shadows.

My main argument was that this migration system acts to encourage non-EU migrants in the UK to remain mobile through its temporary nature. I noted how this operates as a bar on integration, as temporary migrants are denied sufficient time to gain the language skills or make the connections needed for social and economic integration. I also argued that it operates as a method of control, by making immigration status always conditional, and at the whim of political decision-makers. The temporary nature of the UK visa regime thus makes certain migrants easier to govern, as they are always mobile and movable, if permanent residence status is not forthcoming.

The Government White Paper on immigration suggests a simultaneous expansion of these logics, and an important modification to them. In moving to a single system for all persons not granted entry rights under the Common Travel Area agreement (that is, citizens of the UK, Ireland, and the Crown Dependencies), the system for non-EU migrants that I analysed will become the basis for the new regime.

However, in instigating a formal two-tier system, with a main route “for skilled workers entitled to stay longer periods, to bring dependants and in some cases to settle permanently”, and another “for temporary short-term workers at all skills levels… subject to tightly defined conditions” (p. 44 of the White Paper), the proposed system marks an even clearer hierarchy between those on a pathway to permanent status and citizenship, and those governed by logics of mobility.

So, what does my analysis suggest for the UK’s ‘post-Brexit’ migration policy? If modelled on the White Paper, future policy will further entrench the two-tier system already emerging through the current regime. While the wealthiest and most privileged will be attracted with clear routes to permanent residence and citizenship, the lower-skilled will be welcomed on a temporary basis only. It is therefore likely that any ‘post-Brexit’ migration system will fit into the longer-term trends of UK migration policy that I identified, where a system of ‘mobile migrants’ is slowly replacing the ‘permanent settler’ model of immigration. 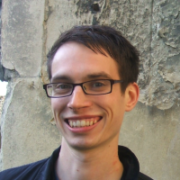