Political engagement among young people has since long been a topic of concern in public debate (for academic discussion see here and here). Different ways to stimulate participation has been put forward. In many countries around the world, an increasingly popular way to increase political interest among young people is to let schools arrange student mock elections. They usually take place at the time of general elections, and the schools provide the students with political information before they can choose a ballot, go to the voting booth and cast a vote. Thereby, young people who have not come of age can get information on party platforms and practise casting a vote under conditions that resemble real elections.

Our analysis is based on unique administrative population-wide data on turnout in the Swedish 2010 parliamentary election and the 2009 European Parliament election. By focusing on these two elections, we are able to study one election with very high general turnout (84.6%) and one with low turnout (45.5%). The register data we use includes validated information on turnout among young people and their parents, as well as a wide range on individual and school characteristics.

Our results show that students enrolled at an upper-secondary school that arranged a mock election were slightly more likely to vote in the Swedish 2010 parliament election. However, this result is due to differences in student composition between schools that have mock elections and those that do not. When we adjust for these differences, the effect of having experienced a mock election disappears. We also fail to reveal any effects when we split our data according to socio-economic background of the students.

In other words, our results imply that mock elections do not increase turnout. This conclusion holds when we study short- and long-term effects, and we use turnout in the Swedish 2009 EP election as our outcome variable, i.e. an election with substantially lower turnout. Even if the design of our study does not allow us to make any certain causal claims, the quality and size of the data make us believe that we would have discovered an effect if it existed.

Richard Öhrvall is a Postdoctoral Researcher at Centre for Municipal Studies (CKS), Linköping University, and a Researcher at Research Institute of Industrial Economics (IFN). His research interests include political representation and participation and social trust. His previous work has appeared in journals such as Local Government Studies, Electoral Studies, Government and Opposition, Journal of Comparative Economics, and Public Choice 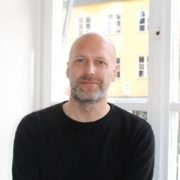 Sven Oskarsson is Professor in the Department of Government at Uppsala University. His research interests include political representation and participation and social science genomics. His previous work has appeared in journals such as American Political Science Review, American Journal of Political Science, Political Behavior, Nature, and Behavior Genetics.