During recent decades, many have come to believe that political parties in advanced democracies have become largely dominated by their public figureheads (party leaders, MPs, cabinet ministers, etc.). The weakening of parties’ activist elites who run extra-parliamentary party organizations is said to result from the grave transformation of parties’ operating ‘environment’: the mediatization, ‘governmentalization’ and internationalization of politics, and the emergence of public party funding that replaces waning party activism.

While this sounds intuitive, the broad generalizations tend to ignore that every party and ‘party family’ (a group of parties that share ideological and organizational characteristics) carries a distinct historical ‘genetic code’, which conditions their internal structures, practices and goals. Due to specific ‘genetics’, in some parties the core activists have established a stronger position, and should therefore be more able to stand against the external pressures, which push intra-party power toward public officials.

In my recent article published in Politics, I test this proposition by examining the organizational development of two major Finnish parties, which hail from polar ‘genetic’ traditions (in relation to the historical power position of party activists). During the research period (1983-2017), the Finnish political landscape changed dramatically – towards a model, which strongly supports the ascendancy of parties’ public ‘face’. (For discussion of these political changes, see here, here and here.)

Longitudinal studies on intra-party power changes have typically employed varying single-dimensional measures, producing mixed results. In order to provide a more reliable picture and a benchmark for comparative research, I used a robust set of indicators that connect to all classical attributes of intra-party power: decision-making authority, leadership positions and financial and staff resources.

My findings corroborate and amalgamate the suggestion that stemmed from earlier studies that are based on single-attribute measures: while the development of leadership positions and financial and staff resources indeed shows a growing general dominance of public party ‘face’, significant differences continue to prevail between the ‘genetic’ party types in how strongly the activist elite can (formally) interfere with the work of public officials.

In the Social Democratic Party, which hails from activist-driven mass party tradition known for its complex, comprehensive, hierarchical and rigid organizational arrangements, activist organs continue to play a prominent role. In the conservative National Coalition Party, which is based on election-driven cadre party model that features a simple, one-dimensional, thin and loose organization, the activist organs have always been weaker and continue to be so.

The parties’ public figureheads appear to enjoy unequal levels of autonomy and maneuvering capacity. Parties that have evolved out from these ‘genetic’ traditions exist all around Europe. Thus, it is very possible that similar discrepancies exist elsewhere, too. 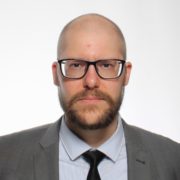