In recent decades, parliamentary elections have become more and more leader-centric, with the competition between the leading candidates of main political parties for prime ministerial office, their campaign appearances and TV debates, drawing much attention by the media. Likewise, parties increasingly rely on leaders to mobilise voters and convince them to cast their ballot for the party. This change in electoral behaviour has been described as personalization of parliamentary elections and is also an important feature in the presidentialization of parliamentary systems.

While research into the personalization of parliamentary politics has provided crucial insights into long-term changes in advanced democracies, the rising influence of leaders has also raised concerns over the rationality of voting behaviour in parliamentary elections, in which voters should optimally reward or punish incumbent parties and secure the accountability of the parties in office. In contrast, the rising influence of popular leaders suggests that leaders’ charisma and personality are becoming more dominant drivers of voting behaviour. This may enable political parties to avoid accountability in parliamentary elections by selecting charismatic leaders as prime ministerial candidates.

In conclusion, it appears that personalisation does not endanger the function of parliamentary elections as a tool of accountability for performance in office, because prime ministers’ influence on vote choice is not only a result of their charismatic relationship with the electorate, but also driven by the performance of prime ministers in office. 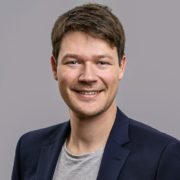 Jan Berz is a research fellow at the Leuphana University of Lüneburg, where he recently completed his doctoral thesis on prime ministers and accountability in democratic parliamentary elections and contributes to a project on prime ministerial careers and performance in CEE. His work has previously been published in ‘The British Journal of Politics and International Relations’, as well as, ‘East European Politics’.