Over the past two decades, South African politics have increasingly been shaped – and perhaps even defined – by contentious politics. Citizens have taken to the streets to protest corruption, inadequate service delivery, and ineffective leadership. This rise of protests and riots has occurred during a period of political transition, where the ruling African National Congress (ANC) has lost influence while opposition parties have grown. As historical party loyalties dissolve, political parties have adopted a strategy of directly engaging in and leading protests themselves. Given the many options that political parties have to communicate their messages – rallies, speeches, traditional media coverage – why have they opted to engage in protests?

In my recent article in Politics, I show that in a time when traditional partisan solidarities are breaking apart following a quarter-century of inefficient government and corruption, political parties see protests as a credible means to communicate their commitment to South African voters. Words and slogans are cheap, and voters are increasingly frustrated with the inability of the government to make good on its promises. Party-led protests, which entail all the costs of mobilizing large groups of people, serve several functions. First, they are costly signals of a party’s commitment to following through on its claims. Unlike other venues for such promises, such as rallies or political advertisements, party-led protests require the physical mobilization of groups of people and often include the threat of physical confrontation with political opponents or the police. Such protests, then, serve to demonstrate that a party is willing to pay a potentially high price to align itself with the needs of the people. Second, engaging in protests allows political parties to communicate their commitments through the language of contention. To the increasing number of South Africans who take to the streets but forsake the ballot box, protests provide evidence that parties understand that the time for simple platitudes and promises has passed.

Using counts of party-led protests at the municipal level corresponding to the 2004, 2009, 2014, and 2019 elections, I demonstrate that for South Africa’s opposition parties, protests correlate positively and significantly with increased vote share. The analysis demonstrates that political parties target their existing strongholds for such protests. Yet, while the established opposition party, the Democratic Alliance, and the insurgent far-left Economic Freedom Fighters both benefit from such contentious engagement, the ANC does not. Deeper analysis indicates that this is due to the fracture within the ANC; less than half of its protests focus on social issues. Rather, most of the ANC’s protests centre on in-fighting and attacking the ANC’s opponents. The results indicate that if the fault lines of South African politics continue to shift, political parties are likely to continue engaging in protests to attract popular support. The move from traditional political messaging to contentious engagement reveals a deep weakness with the South African political establishment; a quarter-century of failed promises have led a country’s citizens to trust insurgent – and often violent – contentious engagement over the promises of political leaders. 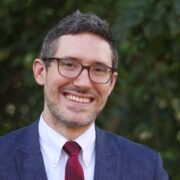 Jacob S Lewis is an Assistant Professor in the School of Politics, Philosophy, and Public Affairs at Washington State University. His research centres on African politics, with particular attention paid to issues of corruption, social movements, conflict processes, and political psychology. In addition to his academic work, he has implemented post-conflict stabilization and democratization projects in countries across Africa as well as in Afghanistan.