The entry into Parliament of a new political party has the potential to influence established patterns of electoral competition and government formation and to affect existing policy-making coalitions. New parties can increase responsiveness and accountability by focusing on issues previously ignored by mainstream politicians. Or they can generate more confusion for voters and further weaken their ability to identify what political competitors stand for, as the existing parties might adapt their positions to respond to the challenger. This emphasizes the relevance of improving our understanding of how institutions and political contexts facilitate new party success.

In our article published in Politics, we rely on a sample of 351 elections held in young and consolidated democracies from 1960 to 2013, to examine the likelihood that new parties gain parliamentary representation as a function of electoral system permissiveness and contextual factors that shape political entrepreneurs’ perception of political opportunity. However, not all new parties are the same, and their likelihood of gaining parliamentary representation and subsequently their impact on the party system is likely to depend on their origin.

We acknowledge this caveat and our article adds a new layer to the literature by distinguishing genuinely new parties from both splinter and merger new parties. We also illustrate that distinct factors drive the parliamentary entry of the three types, except for higher district magnitude, which increases the chances of representation for all types of newcomers.

Our findings indicate that the electoral formula and the proportionality of the electoral system shape the ability of new splinter parties to gain parliamentary seats, but do not affect the other two types. Conversely, genuinely new parties and new parties resulting from mergers are much more likely to enter Parliament in the first elections organized after the (re)foundation of a democracy than later on.

While previous research has suggested that coalition infighting and frequent changes in government drive protest voting, our analyses show for the first time that genuinely new and splinter new parties are significantly more likely to enter Parliament when the previous governmental cycle was marked by instability. Further research is needed to explore the mechanisms behind this effect beyond our intuition that governmental instability creates demand for alternatives, which astute political entrepreneurs are quick to identify as a window of opportunity to launch new parties.

Another exciting avenue of further research concerns the role of limited programmatic diversity of existing parties for the success of new parties. We found evidence in favour of this hypothesis only for the analyses ran on the post-communist sample, which is remarkable in itself, given the relatively widely held opinion that ideological appeals matter less in Eastern Europe and ‘newness’ is sufficient to attract voters without the need to advocate for new issues. Future studies might want to take into account not only programmatic coverage and diversity, but also attempt to measure the quality of how existing parties represent salient issues and ideological positions. 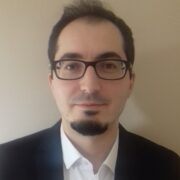 Mihail Chiru is a Lecturer in East European Politics at the Russian and East European Studies Programme, University of Oxford. His main academic interests include: legislative behavior and legislative organization, party politics and electoral studies.