Populism seems to define our current political age. The term is splashed across the headlines, brandished in political speeches and commentaries, and applied extensively in numerous academic publications. In fact, it has become so ubiquitous that The Cambridge Dictionary made it ‘word of the year’ in 2017, since it represented ‘a phenomenon that’s both truly local and truly global, as populations and their leaders across the world wrestle with issues of immigration and trade, resurgent nationalism, and economic discontent’.  This trend can also be witnessed in academia, where the volume of studies on populism has skyrocketed. For example, searching the Web of Science database reveals that the number of publications containing populis* in the title, abstract or keywords has risen sharply, from 310 between 1970-79, to 1498 between 2000-09, before more than quadrupling to 6482 from 2010-19.

Through a combination of Discourse Theory, Critical Discourse Studies and Corpus Linguistics, we explore the way in which the concept of populism has been hyped in elite discourse and the consequences this has had. Building on the growing body of literature that provides a critical account of populism and ‘populist studies’, with particular attention paid to anti-populist trends and the populist hype, this article uses The Guardian newspaper and its ‘new populism’ series as a case study to explore the ways in which the populist hype has not only been constructed and developed, but also the logics it has pushed and imposed in public discourse.

In our recent article in Politics, we outline some of the main issues and dangers deriving from the uncritical use of populism, both as a term and concept. We outline that its careless and uncritical use can have a number of detrimental effects, namely:

Through the clear conceptualisation of detrimental effects and their illustration, we do not argue for the complete withdrawal of the term, but hope to contribute towards its more critical and thoughtful use in the media and public discourse more generally. 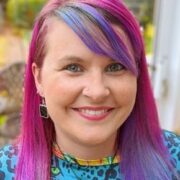 Katy Brown is a second-year PhD student at the University of Bath whose research focuses on the mainstreaming of the far right in Europe. Her thesis works on theorising mainstreaming and analysing the role of elite discourse from mainstream politicians, media outlets, and academics in this process. She has recently had an article published in the journal Identities: Global Studies in Culture and Power, which explores Islamophobia and Orientalism in far-right opposition to Turkish involvement in the European Union. 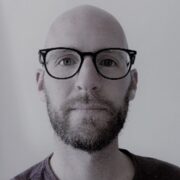 Aurelien Mondon is a Senior Lecturer in politics at the University of Bath. His research focuses predominantly on the impact of racism and populism on liberal democracies and the mainstreaming of far right politics through elite discourse. His first book, The Mainstreaming of the Extreme Right in France and Australia: A Populist Hegemony?, was published in 2013 and he recently co-edited After Charlie Hebdo: Terror, racism and free speech published with Zed. His new book Reactionary democracy: How racism and the populist far right became mainstream, co-written with Aaron Winter, is now out with Verso.