Regarding these two policy objectives, the extant literature demonstrates that rulers whose political survival depends on citizens tend to choose monetary policy autonomy. While exports and foreign investments are crucial sources of a nation’s economic growth and revenue, scholars stress that a majority of citizens are engaged in domestically oriented sectors and prefer monetary policy autonomy to stable exchange rates. Therefore, despite the presence of a small export-/internationally oriented interest group that prefers exchange rate fixity, in a democracy where the public determines the leader’s tenure, the leader is more likely to prioritize median voters’ interests and choose monetary policy autonomy over exchange rate stability. Conversely, nondemocratic rulers who channel resources mostly as private goods to their relatively small coalition of elites tend to choose exchange rate stability, which can incentivize more investment and trade flows at the expense of monetary policy tools.

Facing such different domestic macroeconomic preferences, what happens to state decisions when there rises an economic challenge? More specifically, what happens to how different domestic preferences are reflected in states’ macroeconomic policy choices when inflation increases? In my recent article in Politics, I argue that states become more likely to relax exchange rates when inflation increases. Because inflation affects citizens’ daily lives through cost of living, high inflation makes citizens dissatisfied with the incumbent ruler. In the case of democracies, a rising inflation rate will make a leader pay closer attention to the frustration of domestically oriented median voters. Therefore, the leader will become more willing to forgo exchange rate stability to independently utilize monetary policy, which helps states appropriately respond to external shocks to the domestic economy.

Moreover, I argue that rising inflation has the same impact on nondemocratic states. An increase in the inflation rate imposes greater financial burdens on citizens than on relatively well-off elites. Therefore, as inflation rises, a nondemocratic ruler faces an increasing threat of popular challenges. Thus, despite a nondemocratic ruler’s usual tendency to prioritize elite supporters’ preferences, given the increased risk of popular challenge to political tenure, a nondemocratic ruler will be more likely to pay attention to citizens by securing monetary policy autonomy to respond to high inflation at the expense of a stable exchange rate when inflation increases. As a result, I hypothesize that states become more likely to relax both nominal and actual exchange rate arrangements when the inflation increases.

I statistically test the hypotheses with unbalanced panel data of countries covering the period 1982–2007. Interestingly, empirical analyses suggest stronger support for the hypothesis regarding nondemocracies. The findings from the main analyses (using binary logistic regressions) are robust i) when I use the alternative independent variable of the ratio of the inflation rate to the GDP per capita growth rate; or ii) when I use an alternative analyses (ordered logistic regressions).

Findings of this study suggest that states are more likely to prioritize regular citizens interests and consequently choose monetary policy autonomy over exchange rate stability in times of economic challenges such as increasing inflation. Consistent with many studies, this study suggests that there may rise circumstances in which nondemocratic rulers pay closer attention to regular citizens’ interest/preferences when making policy decisions. Moreover, this article also makes a broader implication that sometimes the increased odds of collective challenges may make a ruler’s commitment (e.g., declare to relax exchange rates) credible even in nondemocracies. 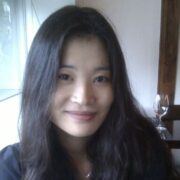