In 2018 the left-wing journalist and commentator Ash Sarkar appeared on ITV’s flagship daytime show Good Morning Britain. There followed a tense exchange in which host Piers Morgan, addressing Sarkar, referred to “your hero Obama”. Sarkar promptly pointed out that Obama was not her hero: “I’m literally a communist, you idiot” she retorted. Clips of this incident were soon circulated across a range of media platforms. Left-wing media outlet Novara began selling T-shirts emblazoned with the slogan “Literally a Communist”, and Sarkar herself went on to be interviewed by a number of media outlets – most famously Teen Vogue – about her political views. By recent historical standards, this was a curious and surprising sequence of events: left-wing politics in general, let alone “communism”, had long been marginalised in mainstream British political debate. But the incident was, I suggest, testament to an important yet often overlooked element of recent British politics, namely, an increased traction and visibility of left-wing ideas and people within mainstream British media and popular culture, particularly during left-winger Jeremy Corbyn’s tenure as Labour leader in 2015-19. In a recent article in the journal Politics, I develop the category of “popular leftism” to help make sense of the cultural and media aspects of left politics during the Corbyn years. I draw on Stuart Hall’s famous account of the politics of popular culture and I also discuss and extend feminist cultural studies scholar Sarah Banet-Weiser’s illuminating account of the phenomenon of “popular feminism”.

In so doing, I suggest that “popular leftism” should be seen a distinctive cultural and political formation in which left-wing politics has – to some extent at least – reoriented itself towards the mainstream of British cultural life. It exhibits four key features. First, popular leftism entails a heightened cultural and media visibility of left-wing people, politics and ideas, in mainstream news media, as well as celebrity culture, popular music, film and television. Second, the rise of popular leftism occasioned a turn towards humour, light-heartedness and irreverence, via the use of memes, gifs and other forms of socially-mediated visual humour. Third, the “popularity” of popular leftism reflects a shift in the ideas and tactics of left politics. Prior to 2015, left politics was often a rather marginal, specialised pursuit with its own distinctive vocabulary, habits and aesthetics. During the Corbyn era, however, there was an attempt, albeit uneven, to move left-wing practices and ideas out of the margins and into the mainstream of British political and cultural life.

Fourth and finally, popular leftism must be understood in relation to neoliberalism. Although “popular leftism” is ostensibly critical of neoliberalism, it has been profoundly shaped by, and embedded within, the neoliberal cultural context in which it emerged. This has served to limit popular leftism’s ability to unsettle the neoliberal parameters of the wider cultural and political terrain in which it exists, a problem exacerbated by the outcome of the 2019 General Election and Corbyn’s subsequent resignation. So, while a consideration of media and culture is crucial for understanding Corbynism – and indeed recent British politics in general – ultimately popular leftism has failed to offer a meaningful or coherent counter-hegemonic challenge to neoliberalism. 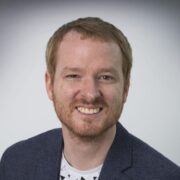 Jonathan Dean is Associate Professor of Politics at the University of Leeds. His research sits at the intersection of British politics, gender studies, and political theory. His current research examines two areas: gender, culture and ideology on the British left, and populism and anti-populism in British politics.