There are different sources of people’s satisfaction with democracy. These factors include but not limited to people’s conceptualizations of democracy, income and education, election systems, and electoral integrity. We focused on four specific factors, which we argue, are relevant to Turkey’s current social, political, and economic context: being a political winner or loser, people’s perceptions of electoral integrity, ethnic identity, and people’s conceptualizations of democracy.

Our analysis of a national survey yielded that in Turkey, being a political winner has the largest effect on satisfaction with democracy, indicating high levels of political polarization based on party identity. We also found that in Turkey, the lower one’s perception of electoral integrity is, the less likely one is to be satisfied with democracy. This is an important contribution to an emerging literature on the relationship between citizens’ perceptions of electoral integrity and their satisfaction with democracy.

We also found that people’s conceptualizations of democracy do not have an effect on their satisfaction with democracy when perceptions of corruption and media freedom were taken into account. This might be due to the fact that people could have expressed their opinions stronger when asked about a concrete dimension of democracy such as media freedom. We argue that this is a legitimate reason to suggest that future research on the determinants of satisfaction with democracy to include concrete measures that have relevance to the political and social context of the country under consideration.

The global recession of democracy requires more studies because we need to be better informed and equipped against this process and the increasing citizen dissatisfaction accompanying it. As our article is one of the very few empirical studies on satisfaction with democracy in Turkey, it is an important contribution to this literature. Furthermore, our article has policy implications since it demonstrated that policymakers in Turkey should particularly focus on the effects of political polarization, perceptions of electoral integrity, corruption, and media freedom on citizens’ satisfaction with democracy to improve regime’s standing with the citizens. 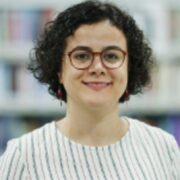 Sema Akboga is an assistant professor at Istanbul Medipol University. She received her PhD in Sociology at the University of Virginia. Her research interests include civil society, democracy, volunteering, and people’s perceptions of public institutions and democracy. She has published articles in Democratization, Compare: A Journal of Comparative and International Education, Policing & Society, and Journal of Economy, Culture and Society. 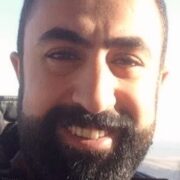 Osman Sahin is a researcher at Glasgow School for Business and Society at Glasgow Caledonian University. His research examines people’s perceptions of democracy, rule of law, and various state institutions in Turkey. His work has appeared in refereed journals such as Policing & Society and Journal of Economy, Culture and Society.