As right-wing extremism and conspiracy ideologists, as well as different forms of inequalities and injustices, challenge democracy around the globe, focusing on what strengthens democracy becomes all the more important. Not only institutions like the rule of law, the peaceful transition of power, and other institutional features are important, but also the citizens and their involvement in politics equally matter for defending democracy as political theorists have been arguing for a long time. After all, it is the citizens who are the constituents of democracy. Likewise, it is citizens who search for and adopt anti-democratic and simple answers to the challenges of our complex modern societies. Research on civic culture and democratic as well as anti-democratic attitudes has supported such claims: the stability of democracy rests on the democratic attitudes of citizens. Adorno et al.’s The Authoritarian Personality, published in 1950, still is a landmark study in this respect. We do know a lot about how anti-democratic attitudes evolve. But how, in turn, can democratic attitudes be fostered? Based on insights from socialization theory, I argue that teaching knowledge about how democratic politics work is not enough. Citizens have to learn democracy by doing democracy.

In my recent article in Politics, I investigate whether engagement in school or university, such as being the speaker of class, a member of a student council, has an impact on political participation and political trust. Moreover, I investigate empirical evidence in nine European countries. Following interactionist socialization theory, engagement during adolescence should develop ideas of citizenship, democracy, and political participation. Schools and universities are arguably key institutions as they can promote democratic decision-making in the classroom. Such experiences strengthen democracy by increasing subjective political efficacy and through internalising democratic principles (learning democracy): by acting democratic, one becomes a democratic citizen. My findings indeed show that respondents who actively experienced democracy in school or university tend to vote and engage more often even in contentious forms of political participation. Also, experiencing democratic practices in school and university increases trust in political institutions. Moreover, what is particularly interesting, trust in political institutions, in turn, increases the likelihood of voting, but not of engaging in other forms of participation. Thus, early democratic experiences seem to foster vivid and participatory democracy without streamlining people into passive participation. To support this analysis, I use online panel surveys from nine European countries which included additional quotas for young adults.

Learning democracy through direct engagement in school/university should draw more attention both by academic scholarship interested in democracy and participation as well as by educators. Regarding the former, the process of how citizens are formed, what experiences are most important, and what other factors may intervene should draw more attention in political science and political sociology: As my findings show, the effects of learning democracy on participation and political trust outweigh traditional variables like educational attainment or income by large. Regarding the practical use of my study, the findings underline the importance of civic education for democracy. More specifically, my findings point at the importance of establishing opportunity structures for learning democracy by doing. 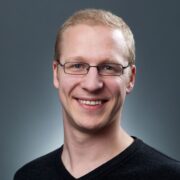 Johannes Kiess is a political sociologist, PostDoc at the Chair for Comparative Cultural Sociology and Political Sociology of Europe at Siegen University and the deputy director of the Else-Frenkel-Brunswik-Institute for Democracy Research at the University of Leipzig.