The past two decades have not only seen political and media discourse dominated by the ‘rise of populism’ but also an increase of calls to ‘return sovereignty’ to nations and regions. Such calls have most recently been illustrated in the wake of the Coronavirus pandemic, with the rise of ‘vaccine nationalism’ such as those from Matteo Salvini’s Lega, as well as the reignition of demands for Scottish Independence as a result of the UK’s handling of the pandemic.

This most recent flare up, however, had been preceded by a series of campaigns calling for independence in Catalonia and Scotland (conducted by Centrist and Left-wing parties), the exit of Britain from the European Union (conducted predominantly by the Right/Far Right) and also campaigns for both greater regional autonomy for Lombardy and Veneto, to changing  Italy’s relationship with the EU (both conducted by the Far Right Lega). These campaigns, conducted by both nationalist and regionalist Parties ranging from the Far Left to the Far Right, had been tied together by a common thread not only of ‘sovereignty’ but also of a claim to represent the ‘popular will’ and in some cases, demands to ‘protect borders against Others’

Regionalist and nationalist parties across the globe naturally have different aims and interests. However, the ‘us v them’ (region v nation; nation v supranational institution/other nation) logic which is central to regionalist and nationalist ideologies means that their discourse may well be combined with the logic of populism i.e. the juxtaposition between ‘the people’ and ‘the elite’ and, in terms of more Far Right and exclusionary forms of regionalism and nationalism, also to nativism (perceived ‘natives’ v perceived ‘non-natives’).

Against this backdrop, my research reveals how critically important it is to unpack the ideational content of these ‘thin-centred’ ideologies in order to avoid a conflation between these terms. My recent article in Politics does so by performing a comparative case study of propaganda produced by the Far-Right Italian Lega and Catalan secessionist parties ranging from the Far Left to the Centre Right. My work shows that despite nuances in their discourse these ideologically diverse parties share a similar populist ideational logic based on a discourse of morality, anti-elitism and appeals to ‘the people’s’ sovereignty.

At the same time, it emphasises the crucial role played by the articulation of the core ideologies of nationalism and regionalism in determining the presence of nativist discourse. While populism acts as a link between ideological heterogeneous nationalist and regionalist movements, nativism instead acts as a key dividing line between the Far-Right Lega, and the Catalan secessionist parties.

Indeed, the framework derived emphasises the importance of distinguishing between ethnic (exclusionary) and civic (inclusionary) forms of regionalism and nationalism. It is in its more exclusionary and ethnic articulations that nativism equips the nation-state with a ‘national identity’, with which to fashion its people by positing a ‘we’ whose identity is simply incommensurable with everything external and ‘alien’ to it’. In terms of populist regionalism, nativism can also emerge as a result of a combination of regionalism and xenophobia, if the region is viewed in exclusionary terms and involves a process of ‘othering’ which ‘relies on an ‘us-them distinction’.

The populist nationalist and populist regionalist framework derived from this case study, while building on existing paradigms, represents a significant departure as it demonstrates how one minimalist framework may be applied to examine a wide range of regionalist and nationalist parties with heterogeneous ideological positions, whilst also emphasising the importance of viewing populism and nativism as merely secondary ideational and/or discursive articulations of a core ideology. 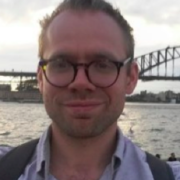 George Newth holds a PhD in Politics, Languages, and International Studies from the University of Bath where he is Lecturer in Italian and European Politics. His research focuses on the links between regionalism, nationalism, and populism with a particular interest in the history of the Lega Nord.