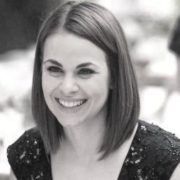 The question of why, when, and how individuals participate in the political process is probably one of the most important questions in Political Science. Alongside more traditional reasons, such as money, time and civic skills, an individual’s health has become a prominent explanation for voting. There is near consensus in the literature that poor health hampers an individual’s likelihood to vote.  Yet, the influence of poor health on other forms of political action seems to be more complex.

In a recent article in Politics, we try to disentangle if it matters how we measure poor health. In detail, we ask the following research question: does the relationship between individual health and political involvement depend on how we assess poor health?

When it comes to voting, things are quite straightforward – regardless how we measure health, individuals in poor health are less likely to vote. In contrast, the effect of either of the two health measures on the six other types of political participation – contacting a politician, signing a petition, participating in a boycott, wearing a campaign badge, being a member of a political party and contacting a politician – is more nuanced. For one, self-reported health does not have any relevant relationship with any of these types of political activities. However, the second health indicator, being hampered by illness in daily activity shows a positive, albeit small, relationship with most of these forms of political participation: individuals, who feel hampered by illness in daily activity have a slightly higher likelihood to contact a politician, sign a petition, wearing a campaign badge and boycotting.

Conceptually, this implies that we have to be explicit in what health indicator we use and justify it. It might be possible that individuals with an objective physical or mental ailment vote less, because they think that they cannot achieve anything through voting. However, they might think that they could achieve some of their goals such as an appropriate health care and social protection system through other means of political participation such as boycotting. Future studies should confirm this conjecture.