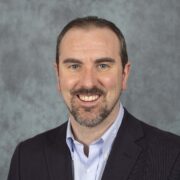 David M McCourt is Associate Professor in the Department of Sociology at the University of California-Davis. He is the author of Britain and World Power since 1945 and American Power and International Theory at the Council on Foreign Relations, 1953-54, both published by the University of Michigan Press. He is currently working on a manuscript tentatively titled American Hegemony and the Rise of China.

Role theory has had a big impact in Foreign Policy Analysis (FPA). Initially developed in the 1970s by Kalevi Holsti, and taken up by scholars such as Stephen Walker in the following decade, role theory lay dormant until a new generation of scholars—including Cameron Thies, Marijke Breuning, Juliet Kaarbo, and Sebastian Harnisch—breathed new life into it in the 2000s. Foreign policy role theory is now a vibrant IR sub-sub-field, and is unlikely to fall dormant again any time soon, as a dynamic group of young scholars are showing the empirical and theoretical purchase gained from analyzing state action as the result of conceptions about their country’s role, or roles, in international affairs held by policy-makers and elites hold and the ideas other states’ leaders hold.

I illustrate this challenge using three “cautionary” historical examples: the Marshall Plan, the 2016 UK Brexit vote, and recent U.S.-China relations. The Marshall Plan is a particularly good case. Typically understood as the result of a victory for American leaders hoping for the U.S. to adopt the hegemon role over an isolationist role, I show that the Plan was the result of mainly domestic-oriented political contestation, with foreign policy a somewhat unintended consequence. The Marshall Plan actually followed a rapid turnaround in U.S. foreign policy after 1945, from demobilization and the resumption of a more detached international role, to a potentially open-ended commitment to “free peoples everywhere”—in the words of the Truman Doctrine (1947). Absent from what a role theory account as currently practiced would foreground, are the non-role based domestic political struggles that underpinned the Plan’s formation. The Plan was a contingent outcome of intra- and inter-party contestation ranging across international and domestic policy—from foreign aid to labor relations and the relaxation of wartime economic controls. Specifically, concerns with the activities of militant labor during the massive 1946 strike wave became interlinked with support for Truman and his hardening policy toward the Soviet Union. Struggles over the liberal state were therefore central rather than peripheral to the adoption of American hegemony after 1945. The Marshall Plan case is thus one in which domestic political contestation had important implications for foreign policy and role performance, but was not the direct product of foreign policy-role contestation.

Readers will recognize here a general danger in social science—one we might term that of “conceptual blinders,” or the reification of our conceptual categories. In short, because foreign policy role theorists are attuned to contestation over roles, they are likely to see them everywhere, much like Marxists often must shoehorn the complexity of social life into preconceived conceptual categories like class struggle. What is to be done?

The first step is to recognize the problem, I suggest. More specifically, I argue that foreign policy role theorists should carefully distinguish between role contestation, non-role based political competition with role implications, and role performance. Since after all is said and done, our aim is to develop the most accurate accounts of foreign policy action we can, it might be best to complicate our stories to capture their non-role based features. It is my hope that, far from weakening foreign policy role theory, highlighting non-role based contestation with implications for role selection promises to enrich the approach by bringing it closer to the domestic determinants of state action.