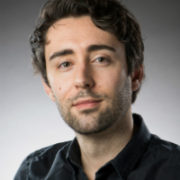 David S Moon is Senior Lecturer in Politics at the University of Bath. His research interests include a focus on political rhetoric and communication, with previous publications focused upon the rhetoric and oratory of leading politicians, including, in the case of the US, former Senator and Presidential candidate John Edwards.

In April 2004, Donald Trump attended WrestleMania XX, the largest annual pay-per-view event of the World Wrestling Entertainment (WWE) calendar, held that year at Madison Square Garden, New York. Sat ringside, he was interviewed by retired professional wrestler and former politician Jesse ‘The Body’ Ventura, whose recent tenure as the 38th Governor of Minnesota had run from 1999 to 2003. Ventura asked Trump whether he could expect his “moral and financial support” were he to “get back into politics” and when Trump promised he would – “one hundred percent” – Ventura triumphantly declared: “You know what? I think that we may need a wrestler in the White House in 2008!”

What can this small, cultural vignette tell us about our political situation a decade later? In this Politics article, I argue that, while Ventura ultimately did not run for President, as a political campaigner in 1999 his example nevertheless lay a groundwork for Donald Trump – his friend, interviewee, and fellow member of the WWE Hall of Fame – in his own successful 2016 campaign. In making this case, the article draws out the significant similarities between their two political insurgencies charting their own premillennial political collaborations as members of the Reform Party, before identifying wider lessons for the study of contemporary celebrity politicians through a comparison of their individual campaign styles.

In doing so, its central argument is the important role the specific ‘cultural production’ of celebrity politicians can play in shaping their subsequent political campaigns. By cultural production, I refer to the nature of the cultural spheres their public celebrity personas were produced within. In the case of both Ventura and Trump, these were genres of popular culture generally positioned as having ‘low’ cultural value; for the former, pro-wrestling, action movies and shock-jock radio, with the current President, reality TV (The Apprentice and Celebrity Apprentice), beauty pageants, Pizza Hut adverts, and more pro-wrestling.

This matters, I argue, because Ventura and Trump are not merely entertainer who became politicians, but ‘politainers’, a term introduced by Conley and Schultz in their own analysis of Ventura’s 1999 campaign to distinguish between celebrities turned politicians such as Ronald Reagan, Sonny Bono and more recently Cynthia Fox – who simply traded in celebrity fame for political power, ‘rebranding’ themselves when they ran for public office – and those where there is no rebranding or ‘breaking character’ when running for office, the popular persona produced within produced within their particular field(s) of entertainment instead continuing unabated into the political sphere.

Through the comparison of Trump’s campaign with Ventura’s, the article illustrates how the ‘low cultural’ status of the entertainment genres their celebrity personas developed within furnished both with an anti-establishment ethos as ‘no bullshit’ straight-talkers with abilities to employ carnivalesque forms of rhetoric and performance – this marking them as outsider candidates able to act as conduits for political protest by an electorate alienated from mainstream political elites.

In short, we need to pay attention to the specific cultural background of celebrity politicians, especially of the politainer variety.