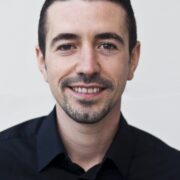 Juan Roch González is a Visiting Professor in Political Science at Universidad Carlos III de Madrid and he holds a PhD in Political Science from Freie Universität Berlin. His research stands at the intersection between European politics and populism studies, analyzing the discourses on Europe of prominent populist actors.

The study of populist parties and populist discourses is on the rise in political science. However, populism is a catch-all word generally alluding to several dimensions of the political behavior and identity of political actors. In recent research of populism, there seems to be a consensus that pundits and academics should understand populism as a type of political discourse, a thin ideology or a mode of communication consisting of dividing the symbolic field between the people and the elites. While the thin ideology approach tends to consider populism as a set of established beliefs that are combined with full ideologies producing more or less stable configurations, the discourse-oriented approach focuses on the contingent articulation between the populist discourses and other semiotic ensembles. What remain unclear in both approaches are the implications of this discourse, thin ideology or political communication for other dimensions of political action. Is the populist discourse relevant enough to shape the political orientation of political actors in other dimensions such as fiscal policy, redistribution, EU politics or foreign policy?

In my recent article in Politics I took a discourse-oriented approach to this topic and explore in particular the power of populist discourses to shape the orientations of political parties in EU politics. To do so, I analyzed two parties, generally classified as populist in the literature, located at the opposite extremes of the left-right ideological spectrum: Podemos in Spain and Alternative für Deutschland (AfD) in Germany. First, I looked at how the populist discourse is formed in both parties; that is, how this opposition between the people and the elites is constructed in its form and substantiated in its content. In a second step, I sought to unearth the relationship between the populist discourse and the representations of Europe and the EU in both parties.