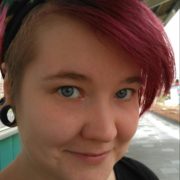 Miia Huttunen is a doctoral candidate in cultural policy and political science at the University of Jyväskylä. Her PhD dissertation explores the ways imaginary worlds can be utilised to influence political realities through cinematic cultural diplomacy.

During the ideologically heated stage of the Cold War and at the peak of the decolonisation process, UNESCO (the United Nations, Educational, Scientific, and Cultural Organization) turned to cinema to provide a reimagining of world affairs in the post-World War II world. In 1959, UNESCO, together with the British Film Institute, published a catalogue of films produced in UNECO’s Eastern Member States titled Orient. A Survey of Films Produced in Countries of Arab and Asian Culture. The aim of the catalogue was to “stimulate the presentation of films which might give audiences in the West a fuller and more informed idea of the ways of life of Eastern peoples”.

Rather unexpectedly, the Orient catalogue introduced Eastern cultures to the West through an emphasis on cultural differences. The catalogue provided a seven-point list of general characteristics of Eastern cinema derived from the films in the catalogue to distinguish it from its Western counterpart. In a recent article in Politics, I examine the way that the list covered a wide array of social phenomena ranging from the way love and sex are treated to the role of music in the films and from the attributes of the standard female character to representations of violence.

The catalogue’s list of seven general characteristics of Eastern cinema thus seem like an attempt to provide ready-made interpretations of the essential characteristics of the Eastern world. However, it is impossible to determine for certain whether constructing the East as a single distinguishable cultural system was a conscious aim of the Orient project, even though that is what they ended up doing in practice. Through the act of constructing the East in this manner, the catalogue not only attempted to explain what the films tell of the East, but also to change the world through enhancing intercultural understanding. Interestingly, it created a problem in doing so: The differences were presented as obstacles to this aim.

More importantly, the catalogue positioned the alleged East-West dichotomy primarily as a question of differences articulated on cultural grounds. The catalogue’s proposed way of structuring the world, therefore, was one where the world order constructed upon the Cold War and post-colonial polarisations gave way to the primacy of the cultural aspect of world politics. The differences thus became an instrument for a cultural intervention in geopolitics through the catalogue’s reconstruction of Cold War political reality. UNESCO’s Orient catalogue therefore comes across as a radical reimagining of political realities constructed on a cultural basis and given a concrete form through cinema.