Zombieland rules for surviving an infestation of the undead:

Zombies, and popular culture more generally, have found much traction in international relations (IR) of late.  It’s not hard to see why.  The recent wave of zombie popular culture—films, books, TV programmes and the like—has rendered accessible some of IR’s most pressing contemporary problems while also placing some of its more traditional fare in a more appealing vessel.  This accessibility has been reinforced by the occasional tongue-in-cheek-ness with which the subject matter is approached, notably Dan Drezner’s Theories of International Politics and Zombies, which mirrors the humorous vein in recent films—with Shaun of the Dead being perhaps the most well known.

Zombies lend themselves well to the study of IR because they represent massive catastrophes spread through contagious infections that draw students into thinking about the most pressing global, social, political, cultural and economic issues of our time in ways that do not require too great a stretch of the imagination: the spread of disease, mass migration, restricted access to clean drinking water, poverty, food insecurity, environmental degradation, social dislocation and violence in all its manifestations.  Like other plagues, zombie threats transcend borders and challenge conventional constructions of social, spiritual, territorial and national boundaries in much the same way many contemporary threats also do. Thus far, however, zombies have been deployed in IR to teach the canon—the key concepts, paradigms and dilemmas that make up the discipline—through the application of core theoretical approaches to a zombie (post)-apocalypse.  Seldom have they been used as a vehicle to critically engage with, or move beyond, that canon.

Zombies also lend themselves to IR because dealing with them seems to generate the clear policy prescriptions so loved by the discipline’s advocates of parsimony.  These range from the 32 humorous survivalist rules Jesse Eisenberg’s character Columbus prescribes in the 2009 film Zombieland to the quasi-serious foreign policy prescriptions that Max Brooks’ 2006 book and the subsequent 2013 film World War Z appears to advocate.  If it’s good enough for the United States Office for Public Health Preparedness and Response Centers for Disease Control and Prevention,[1] then surely it’s good enough for our classrooms?

Maybe.  There are reasons to suggest that we should proceed with some caution and reflect on the purposes and consequences of using a zombie threat to animate students.  We should worry, for instance, if zombies are being used merely as a means of teaching students about existing theories and not as vehicle for developing critical and normative thinking more broadly.  If this is the case, not only are we letting slip an engaging way of teaching students about the contours and problems of world politics, we risk underscoring existing divergences in the IR canon that obfuscate our capacity to engage with one-another.  Relatedly, by limiting our use of zombies to teaching students how existing approaches would respond to an outbreak of the undead we avoid getting them to push forward thinking about how to solve the most pressing global problems and to come up with alternative ways of organizing the world.

We should also worry if the use of an IR of the undead essentialises country positions, reinforces gender stereotypes and dehumanises people in ways that limit the possibilities for co-operation and legitimise certain forms of violence and attitudes towards adversaries in conflict—as seems to be the case in work so far published in the burgeoning Zombie IR genre.  Ultimately we believe that zombieism—particularly if engaged with ‘actively’, that is through role-play, scenario and problem-solving exercises—is an important tool in our pedagogical armoury.  Yet, it is not one that we are utilising fully.

For all of our worries, an international relations of the undead can enable us to think about better, more progressive world orders, mindful of the need to guard against problematic social constructions of gender and race among others. We must resist using it as a vessel for simply and uncritically pouring old wine into new bottles.  It should engage student imaginations not only because it helps us explain how we currently view the world but also how we can think differently conceptually, theoretically, socially and world order-wise.

So, if we might add our own rule to those that an outbreak of the undead appears to be teaching us, it is that we should beware of Zombie IR.

Zombies and IR: A Critical Reading is published in Politics – read it here 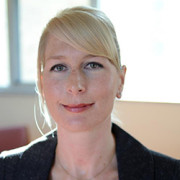 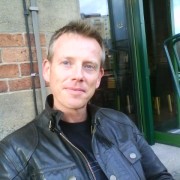 Rorden Wilkinson is Professor of Global Political Economy and Head of the Department of International Relations at the University of Sussex.