In the Journal
There is increased policy interest in the basic income, but remarkably little attention is spent on understanding political strategies to build coalitions in favour of the Basic Income Proposal.

Sunday 5th of June was an important day for the basic income advocacy community. That day the Swiss voted down a constitutional amendment to grant each individual an unconditional basic income sufficient to allow them to live in a dignified manner and participate in public life. The proposal was voted down with 23.1% of the voters in favour and 76.9% against. With a participation rate of 46.3% that boils down to a “mere” 10% of the Swiss population supporting basic income. That said, the Swiss achieved almost a quarter of those actually voting to support the scheme against almost unanimous opposition from the political establishment. In September 2015 the Swiss parliament rejected the proposal by 146 to 14 (with 12 abstentions), and no political party offered support. Even the Greens – typically strong basic income supporters – decided the proposal could endanger the existing system of social protection.

The Swiss case contrasts remarkably with countries such as Finland, the Netherlands, France and, across the pond, Canada, where basic income has gathered considerable support from decision-makers. As is well-known, the Finnish centre-right government of Juha Sipilä is genuinely committed to rolling out a nation-wide basic income experiment. Netherlands and Canada, too, are progressing with plans to piloting basic income at, respectively, municipal and provincial level. In France, meanwhile, the conseil économique, social et environnemental will look at a citizen’s income as part of its remit to review the current welfare arrangements. Exciting times ahead for basic income advocates.

Despite massive strides in both media and policy attention surrounding basic income, we actually know precious little about what drives political support. Recent polls predicting 40% support amongst Swiss voters (or even more than 60% across Europe) clearly were miss rather than hit. Clearly, we do not know nearly enough about the determinants of citizen support for a scheme that potentially deviates radically from existing social protection policies. Similar uncertainty arises when we consider support amongst key decision-makers and stakeholders, including political parties. This is is the topic of a recent article published in Politics, “The Struggle for Strategy: On the Politics of the Basic Income Proposal“.

The driving motivation behind that article was to take issue with the “bean counting” approach, according to which each instance of “expressed support” is tallied up on the plus side of the balance sheet. What this perspective fails to realise is that “support” is a black box concept that needs to be unpacked before it can be used as part of a comprehensive political strategy. Not all instance of basic income support are equal valuable. In many cases it makes precious little difference to the prospects of pushing basic income up the policy agenda. In fact, in some cases it may even prove to be counterproductive. These issues are examined through the lens of what I call “the problem of cheap support”. 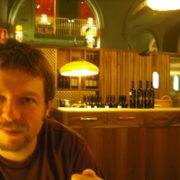 Jurgen De Wispelaere is a Visiting Research Fellow at the University of Tampere.