Special Issues
Unwanted migrants become visible, when they use their own agency to disrupt and subvert the system that is discriminatory towards them.

The 2015/16 ‘refugee crisis’ in Europe has, among other things, made people, who have been suffering due to the Syrian war conflict (as well as other global inequalities) visible to average Europeans and their states. While the Syrian war conflict has been going on for a number of years, 4 million refugees in the neighbouring countries to Syria remained invisible. Their position was highlighted, when they started fleeing to Europe, which according to Bridget Anderson did indicate a crisis of European identity rather than a ‘refugee crisis’.

Similarly Romani minorities in Europe remain one of the most invisible population, but also most impoverished one. As I have claimed in my previous work, although they have never started a war conflict, they have often ended up being caught between two sides of a conflict and ended up as ‘collateral damage’ as long-term forcedly displaced and legally invisible persons.

However, in my Politics journal article entitled “The Position and agency of the ‘irregularized’: Romani Migrants as Semi-Citizens” I argue that despite being positioned on the margins of society Romani individuals still have their own agency and do react to their unequal position. Their agency becomes particularly visible when it seems to be disruptive to the system or it even subverts it. For example, Romani intra-EU migrants have been particularly visible in public discussions by different politicians as well as the media. The EU freedom of movement policy was primarily designed to facilitate a movement of workers, but not to address socio-economic disparities that exist within the European Union. As Romani migrants are one of the most discriminated populations in Europe, it is extremely difficult for them to enter the mainstream labour market in the EU. This is why many of them do find alternative niches of employment in a so-called ‘grey market’. Despite their struggles, they are perceived as welfare tourists or scoundrels, while the fact that there is a demand for their low wage labour is ignored.

The case of EU Romani migrants in France showed that different states tend to ‘irregularize’ their migrant status in a way they could not enjoy the right to free movement (according to the Directive 2004/38/EC given to all EU citizens). In the so-called L’Affaire des Roms many of the informal settlement of Romani migrants have been demolished. After demolishment of their settlements a large number of EU Romani migrants was proclaimed to be a threat to public order and health, which made them deportable.

Such discriminatory approach towards EU Romani migrants has been heavily criticised by human rights activist NGOS as well as the international organizations. Since then, France has changed their treatment of ‘unwanted migrants’ and even received a financial support for it by the European Commission (EC). The French Office for Immigration and Integration (FOII) received 34,760,077 Euros for a project, which supposedly facilitated voluntary return of EU migrants from France to their countries of citizenship, usually Romania and Bulgaria. The facilitated voluntary return compensated a one-way ticket for those who decided to return and also ‘awarded’ them with a small financial allowance so that they could start an economic in their country of origin. The outcome of this policy was to certain extent unexpected: most EU Romani migrants are aware that it takes much more than a monetary compensation to counterpoint discrimination that Roma are facing both in their country of origin as well as country of destination. Yet the investigative journalism of Balkaninsight showed that some of the Romani individuals took the trip from Romania to France in order to receive the grant to go back to their country of origin. While most interpretation see this as an opportunists anti-social behaviour of Roma, in my perspective this can be understood as a form of subtle protest, which is subverting the systems that unequally positions Roma on the margins of society.

In another context, many non-EU post-Yugoslav Romani citizens have ended up legally invisible after the war conflicts in the disintegration of former Yugoslavia. As some regional NGOs showed very vividly all the legally invisible persons did not have the birth certificates and thus no access to any rights in the state they were living in. This included the right to education, healthcare, employment, etc. In the process of visa liberalization in Western Balkan countries, legally invisible persons did receive a lot attention. However, as some representatives of NGOs argued, many of the Romani individuals were very aware that by simply receiving personal identification documents (such as passports, etc.) in their case does not necessarily mean they will also acquire equal access to education, employment, healthcare, etc. as other citizens have. Therefore, some Romani individuals acquire a passport not to gain access to their citizenship rights, but to get a new possibility to freedom of movement. After the completed process of visa liberalization for the Western Balkan countries, a number of asylum seekers in the EU from Serbia and Macedonia rose significantly. A large number of these asylum seekers self-identified themselves as being Roma. This was also noticed by the European parliament, which in response introduced a visa-free suspension mechanism if the number of Romani asylum seekers from the Western Balkans continues to rise. 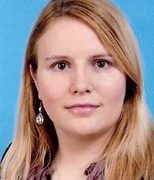 Julija Sardelić is a Postdoctoral Researcher at the University of Liverpool.