Our recent article published in Politics takes a rhetorical approach to understanding the politics of Donald J. Trump’s presidency by analyzing his “rhetorical signature” as it appeared in his 2015 speech announcing his entry into the presidential race. This announcement speech foreshadowed much of the more controversial elements of his presidency. Specifically, we emphasize Trump’s use of metaphor. Classical definitions of metaphor define it in terms of argumentative strategy or by its use as example, but more broadly, metaphors structure larger national understanding of political events. The metaphors presidents use to discuss the institution itself or issues like immigration exert great definitional power. In the case of President Trump, we identify two interlinked metaphors that animate his rhetoric: the “CEO presidency” and his promise to “build a wall.”

In the first metaphor we identify, Trump puts the U.S. presidency in terms more familiar to him: running a business. We analyze various examples of how Trump simplifies complex issues into “making a deal.” Trump presents his own ability to accumulate wealth through smart business decisions and his deal-making prowess as allowing him to defeat everything from ISIS to China, all positioned as rival businesses to the United States. Trump thus inverts his political inexperience into a strength through his re-definition of the presidency as a business in need of better management.

If making good deals is the goal of the CEO president, then building a wall is Trump’s signature deal. As he promised mere minutes in to his announcement speech, Trump may actually seek to build a literal barrier on the border, but we argue that the wall is also a metaphor for both foreign policy and immigration. It represents an isolationist stance of protecting the country from foreign threats and defines immigration policy in terms of stopping a dangerous flow of apparently undesirable immigrants. Trump’s comments on the wall position it as a trade deal with Mexico, which is not sending “the right people.” Building a wall both metaphorically stops the undesirable immigrants and allows Trump to negotiate with Mexico for “better” immigrants. Through the dual metaphors of the CEO presidency and building a wall, the humanity of immigrants is lost entirely and the racial dimensions of that discourse are masked by business terminology. By taking seriously the rhetorical and material consequences of Trump’s metaphors, we draw out their implications for the ways Trump defines the U.S. presidency and its policy requirements. 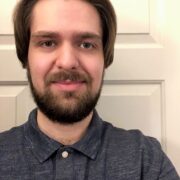 Brandon M Johnson is a Graduate Assistant in Communication Arts and Sciences at Pennsylvania State University. His research focuses on US presidential rhetoric and memory. 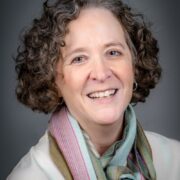 Mary E Stuckey is a Professor in Communication Arts and Sciences at Pennsylvania State University. Her research focuses on the US presidency and political communication.