For many, Donald Trump has pursued a ‘presidency by Twitter’, using the social media platform to set out his views and policy positions on a variety of issues. Jonny Hall looks at how Trump’s Twitter rhetoric has affected US overseas counterterrorism campaigns. He finds that Trump’s words – including his pivot from talking about terrorists to immigrants – have been more to do with creating fear about the world to appeal to his base rather than justifying significant changes to US counterterrorism strategies.

This article is based on the paper, ‘In search of enemies: Donald Trump’s populist foreign policy rhetoric’ published in Politics, as part of the special issue ‘Elections, Rhetoric and American Foreign Policy in the Age of Donald Trump’.

One of the unique debates surrounding the Donald Trump presidency has been the extent to which analysts should focus on the president’s rhetoric or his administration’s policies. Prominent voices such as former CIA Director and Afghanistan commander, General David Petraeus, for example, has argued that we should be following ‘the troops, the money, and the substance of policies’ instead of being ‘too mesmerized by reading tweets’ by Trump. And yet, it seems too extreme to simply ignore Trump’s unscripted remarks or tweets given their impact, especially in a presidency that is probably more centred on what the president says than any before it.

How has Trump’s foreign policy rhetoric during his presidential campaign and the first two years of his presidency affected US foreign policy involving overseas counterterrorism campaigns? This area is important to study because of how Trump himself emphasised the issue of counterterrorism in his presidential campaign. If there is a link between Trump’s rhetoric and government policy, this area seems like a likely case. This is especially so given the extensive scope and costs of counterterrorism campaigns today, which (in theory at least) have to be justified to the American electorate.

Conventional wisdom on foreign policy rhetoric assumes that it serves a largely enabling role in generating necessary political and material support for carrying out certain foreign policies. If there is any divergence on this issue in the field of International Relations, it is largely about the degree to which this support can be manufactured or not.

However, Trump’s conduct runs at odds with these conventional accounts in two ways. Firstly, Trump’s rhetoric appears to be aimed towards polarising the electorate, rather than unifying it in support of his foreign policy measures. This can likely be explained by the fact that US counterterrorism campaigns seemingly no longer need to be legitimised, with the electorate increasingly being shielded from the costs of war.

Secondly, Trump’s re-election campaign has failed to try to persuade other voters beyond those who elected him in the first place. In Trump’s own words, ‘I think my base is so strong, I’m not sure I have to do that’. Although Trump’s re-election campaign was updated to ‘Keep America Great Again’, it is noticeable that the campaign has continued to primarily rely on the themes of fear and crisis to mobilise support; as one commentator aptly summarised, ‘the familiar slogan has been updated … but the tone of the show has not’.

Trump’s reliance on the themes of crisis can be explained by scholarship on populism, which I define as a form of political rhetoric that relies on the theme of crisis to place ‘the people’ against alternative groups to generate support. As Benjamin Moffitt in particular has argued, without a sense of crisis, there is no populism. This is because a widespread sense of crisis creates a feeling of urgency and demands action, which populist politicians can thrive upon. The challenge then, for governing populists, is how to generate a sense of crisis without bringing one own’s legitimacy into question.

On the 2016 campaign trail, Trump regularly invoked themes of crisis, arguing that terrorism (and particularly ISIS) is ‘the big threat’ facing the world. Trump placed the blame for this on the Obama administration (and thus, by extension, President Obama’s Secretary of State, Hillary Clinton), even accusing the administration of ‘actively supporting Al Qaeda in Iraq, the terrorist group that became the Islamic State’. Trump portrayed terrorists exclusively as Muslim, logically culminating in his call for a ban on all Muslims entering the United States. Finally, Trump promised to provide the solutions to the issue of terrorism, declaring that ‘nobody would be together on ISIS’ than himself, and claiming that he had a ‘secret plan’ to defeat the organisation. 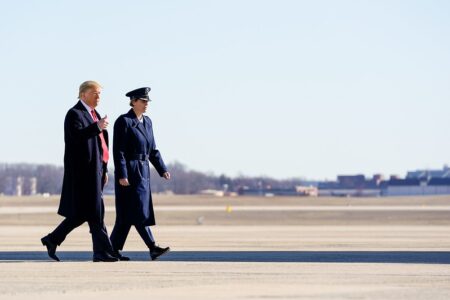 In the first year of his presidency, Trump followed in the path of his campaign by emphasising the threat of terrorism, such as his suggestion that the judge who ruled against the implementation of Executive Order 13769 (commonly known as the ‘Muslim Ban’) was allowing ‘very bad and dangerous people’ into the US, thus placing the ‘country in such peril’. The next day, Trump alleged that ‘all over Europe’, terrorist attacks were occurring but that ‘the very, very dishonest press doesn’t want to report it’, fulfilling the conspiratorial tendencies of populism and crisis rhetoric.

In terms of policy, Trump repeatedly overexaggerated the effects of his presidency. With regards to ISIS, Trump claimed that ‘we’ve taken back almost 100 percent … of the land’ previously held by the group, and that this ‘all took place’ during his presidency. Furthermore, Trump located himself as the cause for this, stating in one instance that ISIS fighters were ‘now giving up … raising their hands … walking off’ and that ‘nobody has ever seen that before … because you didn’t have Trump as your president’.

However, as has been noted elsewhere, there were no significant changes in the counter-ISIS campaign, with policy being largely a continuation of the Obama administration’s campaign led by the same key personnel. What’s more, where the Trump administration has made changes in terms of its counterterrorism strategy, they have often been without much fanfare. This disconnect between rhetoric and policy comes back to the purpose of Trump’s foreign policy rhetoric, which is less concerned with generating support for these day-to-day operations, and more with using foreign policy rhetoric as a way of appealing specifically to his domestic base.

Although there had always been conflation in Trump’s rhetoric between terrorists and immigrants, there was a noticeable shift in the lead up to the November 2018 midterm elections with the identification of immigrants as the primary threat to the homeland, which coincided with the territorial defeat of ISIS and the decline in ISIS-inspired attacks in the West. Trump described the migrant caravan from Central America as an ‘invasion’ of the US, claimed that the caravan had ‘criminals and unknown Middle Easterners … mixed in’, and suggested that the Democrats ‘had something to do’ with the formation of the caravan for their own political purpose. No convincing evidence was presented for any of these assertions, but the political logic was clear, with 75 percent of Republicans in considering illegal immigration a ‘very big’ problem for the US, and just 19 percent of Democrats thinking the same.

Furthermore, although this shift in Trump’s rhetoric initially coincided with the midterm elections, it continued after them. In both December 2018 and January 2019, there were more than 90 tweets by Trump including the phrases ‘border security’, ‘open border’, ‘illegal immigrant’, ‘immigrant’, ‘immigration’, and ‘MS-13’ as his administration attempted to convince the public that the US was ‘in the midst of a crisis at our southern border’. In February 2019, following a federal government shutdown, Trump then declared a state of national emergency to increase funding for his administration’s southern border wall, using similarly dubious claims of crisis to justify this position. The disputed nature of Trump’s allegations can be seen in the rejection of the national emergency in the House and Senate, but again, 73 percent of Republican voters supported Trump’s declaration, allowing him to present himself as their true representative.

Since he was elected, the target of Trump’s foreign policy rhetoric has changed from terrorists to immigrants, and this relates back to the fundamental purpose of populist rhetoric and the need to continually perpetuate a sense of crisis, rather than to generate support for policies or celebrate policy success. Although this particular case may be unique to Trump, it could well be that this mode of changing targets – especially by targeting different external groups – is something that we can recognise elsewhere. 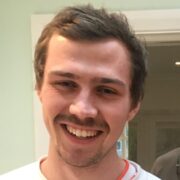 Jonny Hall is a PhD Candidate in International Relations at the LSE His research focuses on the United States’ foreign policy, specifically how the War on Terror has been represented and normalised through the George W. Bush, Barack Obama, and Donald Trump administrations.