What drives protest behaviours? Does dissatisfaction with the current government lead voters to act against it? Alternatively, would pervasive disaffection with the partisan and political climate lead voters to act against the system? Our research suggests both have a role in the psychology of political behaviour, although perhaps not both aspects leading voters to the same conclusions.

In December 2016, Italian voters were asked to approve of a constitutional referendum that would reform one-third of the articles in the Constitution. These reforms were intended to streamline decision making, empower the executive, and weaken the Senate. Early polling had suggested that this measure would pass. The reforms failed, however, with only 41% of voters being in favour.

Previous research has identified the role that political knowledge and political interest had in the minds of voters. Borrowing from previous research on Italian politics and the 5-Star Movement, in our recent article in Politics we seek to place this referendum in the Italian ‘protest vote’ context.

Brexit and the election of Donald Trump exemplify how these discontents may work in concert. Those voting for Brexit were potentially both upset with the UK’s position in the European Union system and its political class leading the nation to perceived economic ruin. Trump electors could also both be expressing displeasure with the American system of politics as a whole (“Drain the Swamp”) as well as specific political elites affiliated with the Obama administration (Candidate Clinton served as Secretary of State).

The circumstances surrounding the 2016 Italian constitutional referendum, however, would lead those motivated by protest in opposite directions. We argue in our recent publication in Politics that those expressing Systemic discontent would be in favour of the referendum, which would alter the political system, while those expressing Elite discontent would be opposed to the referendum, which was championed by the incumbent Government of Prime Minster Matteo Renzi.

We first demonstrate that indeed there are two underlying dimensions of protest among the Italian electorate: a “Systemic discontent” motivated by displeasure with role and behaviours of political parties in Italy and an “Elite discontent” motivated by displeasure with the Renzi government, Renzi himself, and the economic situation of the country.

Systemic discontent had an opposite effect. Shifting from minimal to maximum systemic discontent would increase one’s likelihood of supporting the referendum from between 3% to 19%. Our research demonstrates that not only is political protest or discontent a multidimensional concept, but that these dimensions may lead to conflicting political behaviours. Future research should continue to examine the role that these psychological factors have on voting outcomes. 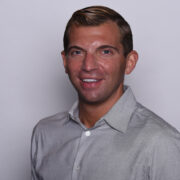 Matthew E. Bergman is a post-doctoral researcher at the University of Vienna affiliated with the Political Economy of Reforms research group. He has previously taught at the University of California at San Diego and served as founding Director of the Krinsk-Houston Law & Politics Inititave. His research and teaching expertise lies in comparative politics and political economy, focusing on Europe. His forthcoming co-authored book Party Personnel Strategies: Electoral Systems and Parliamentary Committee Assignments examines the role that electoral rules have on partisan interests in legislative organization. 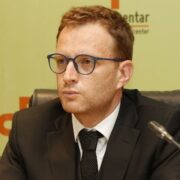 Gianluca Passarelli is Associate Professor in Political Science at the Department of Political Sciences, Sapienza University, Roma. Ph.D. in Comparative and European Politics from the University of Siena, he is also member of Italian National Election Studies. His main research interests concern: presidents of the Republic, political parties, electoral systems, elections and electoral behaviour. He is author of Preferential Voting Systems. Influence on Intra-Party Competition and Voting Behavior. (2020); The Presidentialization of Political Parties (2015). Among his publications are articles appearing in Party Politics, Politics, Political Geography, Representation, French Politics, and Political Studies Review. He is editor of the PRESIDENTIAL POLITICS book series (Palgrave), and convenor of the ECPR Standing Group on “Presidential Politics“.