Since the end of the Cold War, liberalists have expected that China’s rapid economic growth and capital flows would foster greater cooperation and stability in Asia. However, China’s frequent use of economic sanctions has increased concerns among East Asian countries. More importantly, Beijing is likely to explore more options to apply economic coercion in maintaining its foreign policy objectives. Its growing economic clout and expanding policy instruments also lead to the following questions: does economic interdependence promote stability or foster conflicts? Under what conditions are China’s economic coercion most effective? How would medium-sized or smaller countries respond to China’s sanctions?

These questions are not only core issues for international relations, but they also carry important implications for decision-makers in Asian countries and the U.S. government. As China becomes a rising power in Asia, Beijing has gradually learned how to achieve its goals through using economic coercion and diplomatic assertiveness.

In my recent article in Politics, I re-evaluate the literature on East Asian politics and economic statecraft. First, I highlight the salience of power asymmetry to the field of economic statecraft. Second, I offer a three-level analysis of when and how China exercised economic coercion and incentives towards Taiwan. Third, this study examines how Taiwan addressed Beijing’s sanctions on Chinese group tourists starting in 2016. The final section discusses some conclusions that can be drawn and suggests some avenues for future research.

As most Asian countries will encounter the dilemma between accepting more Chinese trade and capital and hence greater vulnerability to China’s economic coercion, they can also learn from each other based on previous experience. Putting China’s coercive diplomacy in perspective matters for China’s neighbors. Specifically, scholars and policymakers in Asia have to differentiate between the short-term and long-term impacts of China’s economic leverage. They should avoid making an overly alarmist or dismissive view of China’s coercive strategy.

In this case, Taiwan has much to offer to the rest of the world regarding how to respond to China’s economic coercion. Strong cooperation between Taiwan and countries in Southeastern Asia can also establish the basis for a coordinated strategy in response to China’s economic sanctions. 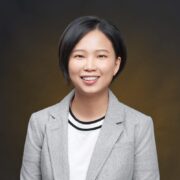 Christina Lai is a Junior Research Fellow in the Institute of Political Science at Academia Sinica, Taiwan. She was previously a lecturer in Global Security Studies at Johns Hopkins University. She is interested in US–China Relations, Chinese Foreign Policy, East Asian politics, and Qualitative Research Methods. Her works have appeared in the Journal of Contemporary China, Pacific Review, International Relations of the Asia-Pacific, Journal of Asian Security and International Affairs, Asian Survey, Asia Time, China’s World, and, Asian Security. Her research projects were supported by the Lynde and Bradley Foundation, Global Taiwan Institute, Georgetown University, and American Political Science Association.