The term ‘populist’ is so nebulously undefined, due ironically to it being an over-defined term, that the eternal chicken-and-egg question of meaning has never held such weight. In other words, are we defining ‘populist’ by its expressions in the world, or are we defining political movements according to a clearly defined set of criteria that we can label ‘populist’? And, most importantly, are we simply defining as populist those political movements we simply dislike?

The aim of my recent article in Politics was to join previously unconnected dots in the two fields of populist/m studies, and depoliticisation, especially following the emergence in both fields of interest in the term ‘anti-politics’. Populism has, at times, been given the epithet ‘anti-politics’, due in part to its attempt to silence critics, often using the very mechanisms of official political systems it seeks to challenge; consider Hugo Chavez’s use of the Venezuelan Constitution to close down independent media, or Viktor Orbán’s suspension of the Hungarian Parliament in the face of the coronavirus crisis in April of last year. Similarly, but unconnected, was a proliferation of interest in depoliticisation studies of how the practice can be considered to be ‘anti-politics’, usually due to a Laclauian-Mouffean attempt to redefine politics qua agonism.

However, the paper to which I made major references – Canovan’s ‘Trust the People!’ – stressed heavily the idea that populism emerges in frustration, specifically with institutional politics seemingly lying beyond the capacity of the people’s control, and usually because of conscious acts by elites to do so. Canovan, in many ways, predicted the iconic ‘Take Back Control’ line of 2016, as well as Trump’s semi-official ‘Drain the Swamp!’ chant. I remember this striking me as prescient, and yet unnoticed by depoliticisation studies, which were making so much out of the very phenomenon Canovan was identifying.

In sum, in my article I attempted to show three things: one, that depoliticisation does not always tend in the direction of ‘anti-politics’; two, that populism is not ‘anti-politics’, but quite the opposite; and three, that depoliticisation can be a major factor in the emergence of populism. Indeed, two popular books published closely together – Goodhart’s The Road to Somewhere, and Goodwin and Eatwell’s National Populism – dedicated healthy page counts to the ‘revolt’ of voters who felt their views were not only unrepresented, but consciously removed from the electoral agenda.

It is my hope that this paper sparks debate over how far political leaders and the political class ought to ‘depoliticise’ topics, especially for an extended period of time, if they wish to avoid a ‘populist backlash’. 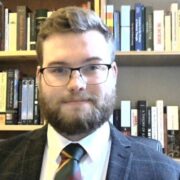 Jake Scott is a doctoral researcher at the University of Birmingham, specialising in political theory and populism. He is editor of the online publication The Mallard.