Collective mandates in Brazil are now widespread. The gathering of several individuals to, jointly, represent a single chair is constituting a new way of political leadership in the Portuguese-speaking Latin American giant. Over 400 collective candidacies sought to reach a chair in Brazil’s 2020 elections, of which 20 have been successfully elected. This political renewal movement departed from the pioneering collective plank of the Bancada Ativista.

The Bancada Ativista was publicly launched in the 2018 elections as a common platform constituted by nine co-candidates running together to a single seat in the State Chamber of Sao Paulo. The formation of this victorious collective candidacy conveys a history of successful political curation strategies and mapping of activists and grassroots scattered in informal spaces, seeking the articulation of various sub-represented social demands. This representational bridging aimed to renew the existing party cadres, expanding the political system’s permeability to the demands of its constituents, opening creative political venues deriving from the social unrest that swept Brazil since 2013.

In the words of one of the co-deputies of the Bancada, Anne Rammi, interviewed for our research: “What would the impact of people that have been effectively participating in street-politics be within the political-institutional field if they are leading such disputes within that field instead of traditional politicians with formal mandates?”.

Attaining 10th place in the legislative chamber of the largest and most populous Brazilian state (Sao Paulo), the Bancada Ativista established new discursive spaces for formal representation in the 2018 elections. This is particularly insightful for two main reasons. On the one hand, Brazil forecloses a system of representation that highly favours mainstream parties and prominent personalist figures. Hence, the success of a collective candidacy that seeks to challenge the personalized form of political leadership draws our attention to the exploration of new social and political dynamics in Brazil’s electoral dispute. On the other, most analyses of the aftermath of the 2018 elections tend to take the rise of the right-wing candidate and elected president Jair Bolsonaro as a central explanatory factor. However, the victorious candidacy of the Bancada Ativista exhibits substantial aspects for comprehending the political disputes occurring in Brazil, which certainly overreach Bolsonaro’s figure.

Our analysis of the Bancada’s campaign highlights the importance of studying local/regional elections to understand party and political-system changes. This study also calls scholars and analysts to carefully reflect on whether personalism constitutes such a central factor in contemporary electoral politics as assumed by the sheer volume of publications on personalism and institutional crisis within mainstream political science. 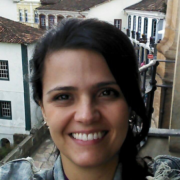 Tathiana Chicarino has a PhD and Masters in Social Sciences from the Catholic University of Sao Paulo (PUC-SP). Post-graduate professor at the Sao Paulo School of Sociology and Politics (FESPSP). Researcher at the Center for Studies in Art, Media and Politics (NEAMP) at PUC-SP and at the Communication and Society Research Group of the Cásper Líbero Institute. Editor of the Brazilian Journal Aurora, revista de arte, mídia e política (PUC-SP). 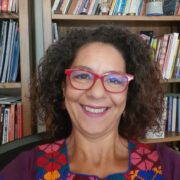 Rosemary Segurado has a Post-doctorate in Political Communication by the Rey Juan Carlos University of Madrid and PhD in Social Sciences (Political Science) from Catholic University of Sao Paulo (PUC-SP). Professor of the Graduate Program in Social Sciences at PUC-SP. Professor at the São Paulo School of Sociology and Politics (FESPSP). Researcher at the Center for Studies in Art, Media and Politics (NEAMP) at PUC-SP. Editor of the Brazilian Journal Aurora, revista de arte, mídia e política (PUC-SP).

Sebastián Ronderos conducts research as a member of the Centre of Ideology and Discourse Analysis (cIDA). His core research interests revolve around Latin American politics, populism, collective action, ideology and discourse analysis. His areas of expertise encompass Marxism, post-structuralism, Lacanian and post-Marxist discourse theory, and theories of democracy and ideology