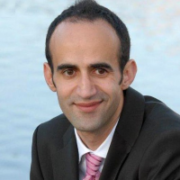 Carlos Jalali is associate professor of Political Science at the University of Aveiro. His research focuses on party systems, political parties and political institutions in Portugal.

Competition lies at the heart of democratic elections. Normative conceptions posit democratic electoral competition as being centred on rival substantive policy platforms, on which parties and/or candidates campaign, and from which voters choose depending on their positions on different issues. But what happens if parties downplay or even silence the issues that should be relevant in the campaigns? This question has been at the heart of research on campaigns for European Parliament (EP) elections for about 30 years now: European election campaigns have been characterized as so called “second-order elections”, meaning that not European issues but national topics have shaped the campaign agendas. Especially mainstream parties, i.e. parties which dominated electoral competition and government formation, seemingly had little interest in giving salience to EU issues for strategic reasons.

However, findings from the 2009 and 2014 EP elections suggest that things seem to change. So-called “challenger parties”, i.e. parties which had not been included in governments so far, acted as political entrepreneurs and put EU issues on the campaign agendas to build their own reputation and at the same time to challenge government parties which still tried to keep silent. Thus, the question which we try to answer in our article in Politics is whether challenger parties again showed such strategic behaviour in the up-run to the 2019 EP election and whether this eventually forced mainstream parties to also incorporate EU issues in their campaigns.

However, we are not only interested in the question whether or not the different parties campaigned on EU issues in 2019, but we also analyse which strategic factors drove parties to bring up EU issues in their campaigns, and which factors hindered them from doing so. Our theoretical model is an integrated model of strategic campaign communication which we’ve built on two approaches: First, the so-called “selective emphasis approach” which primarily looks at party-internal factors, and second the so-called “co-orientation approach” which takes into account how parties interact in their strategic decisions. The relevance of factors from both approaches has already been tested in other studies, sometimes individually, sometimes in combination of several variables. However, as the number of cases (i.e. countries and parties) included in the analyses was often limited, it has not been possible to analyse all potentially relevant variables in an integrated model and for all European countries at the same time.

As we are using a new data source for this paper, i.e. the 2019 European Parliament Election Expert Survey dataset (EPEES_19), we can analyse the campaign strategies of 191 parties across all 28 EU member states. Our results show that the traditional expectation of especially government parties silence EU issues does not hold anymore. On an 11-point scale from 0 “campaign solely focused on national/regional issues” to 10 “campaign solely focused on European issues”, government parties on average reached a mean of  5.2, while opposition parties showed a mean value of  4.8. So, for both party types, the campaigns were a mix of European and domestic issues and on the aggregate level, there was no significant difference between them. The strongest predictors for an individual party’s decision to campaign on EU issues are the co-orientation toward the campaign agendas of competing parties, and the party’s EU position, i.e. if the party was known for its positive stance toward the EU, the likelihood was higher that it gave EU-topics a higher salience its EP campaign.