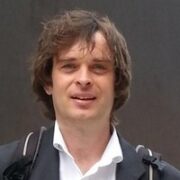 Lars Berger is Professor at the Hochschule des Bundes für öffentliche Verwaltung (Federal University of Administrative Sciences) in Berlin. His research on the international politics of the Middle East and North Africa, (counter)terrorism and US foreign policy has been published in Journal of Peace Research, Democratization, Political Studies, Conflict Management and Peace Science, Terrorism and Political Violence, and American Politics Research.

With the tenth anniversary of the Arab Spring approaching, political and academic analysis  will revisit possible causes for the failure of popular movements across the region to deliver upon their aspirations for peaceful political change. One crucial part of the answer is of course the ferocious response by authoritarian regimes. Early on, the brutal repression these regimes employed in their quest for survival raised the question of what, if anything, the international community could do about it.

In the case of Libya, the debate centred around the decision by Western countries to escalate their efforts beyond the immediate protection of civilians at risk of government violence to bring about the fall of the regime of Gaddhafi itself. This example as well as the earlier experience with regime change in Iraq then shaped arguments over whether the international community should intervene in Syria as well.

Our recent article in Politics contributes to the wider debate over foreign intervention in the region by utilizing data on support for a hypothetical military intervention to remove Bashar al-Assad from power during the early stages of the uprising. We show that in 2012 publics in two central Arab Spring countries (Egypt and Tunisia) were not uniformly hostile to the idea of forcibly removing Assad from power. The central question was thus not whether or even what type of intervention (sanctions or military force) should occur, but who should be in charge. While support for sanctions and military force led by Arab governments achieved similar levels of support, the use of military force led by the United States was rather more controversial. Our analysis sought to explain this pattern.

Building on the crucial distinction between policy-driven and culture-driven Anti-Americanisms, we find that in Egypt and Tunisia support for military intervention led by the United States correlated with the perception that the Obama administration was pursuing policies, which were of benefit to the respondent’s country. We thus see evidence for a nuanced and calculated evaluation of the policies of external actors toward the region, which contradict Orientalist tropes about a supposedly irrational ‘Arab street’.

At the same time, we find that noticeably positive views of US culture explain the considerably stronger support for US intervention among the Tunisian public. In other words, beyond the calculated evaluation of the US and its foreign policies sits a deeply sceptical view not just of what the United States does, but of what it represents. This view of US culture as inherently inferior and/or threatening translates into a perception that the United States is inherently hostile to Arab interests. It thus becomes clear that the United States is capable of generating support for its foreign policy initiatives even in supposedly hostile environments by designing policies that international audiences see as beneficial and through rebuilding and more effectively utilizing its remaining soft power capabilities.