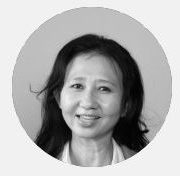 Lien Pham is a lecturer at the Graduate Research School, University of Technology Sydney, Australia. Her research interests and publications are in the areas of education and development, civil society, public policy, and Vietnam studies combining sociology and political philosophy. She also provides consultancy in educational policies for multilateral organisations in Asia Pacific and policy evaluations for Australian government agencies

In an age of globalisation, increasing inequality, emerging power of autocratic states and their rising economic dominance, the world has experienced a sharp escalation of new forms of political ideologies and representation reflecting variably on people’s political participation. While existing autocracies continue posing challenges to their citizens’ opportunities to enact political change, scholars have recently drawn attention to how democratic norms and institutions may be eroded from within seemingly democratic polities, even alerting to a third wave of autocratisation.

Given these trends, in a recently published article in Politics, we offer a capability-based approach to understand political participation in contexts where democratic forms of governance may be under duress. Our approach focuses on the relations between state and citizens, and formal and informal institutional structures. We are interested in how these relations structure and shape citizens’ dispositions for political participation, their actual opportunities to participate and the processes in which they engage in the public sphere to bring about political change.

Two country examples are offered to illustrate our approach.

The first example uses secondary sources to trace the evolution of political power of the Jordanian Kingdom. Our analysis suggests that people’s sensibility about ‘political’ agency notably excludes outright conflict with the monarchy. But there remain a multitude of supposedly ‘apolitical’ functions still exercised by the people in applying their agency through informal networks of kinship and tribal relations. These functions provided the mechanisms for people to meet their needs and access economic and social opportunities. Kin and tribal networks thus became, and continued in Jordan’s contemporary society, to be people’s preferred processes for engaging in the public sphere, attaining their needs, ensuring access to opportunities and influencing their motivations for political participation.

Our second example is based on an ethnographic study of community activists’ blogging on social media in Vietnam. We found that these activists’ perceived opportunities for participation differed to their actual opportunities. The former was dependent on the activists’ political class, that is membership with the Vietnamese Communist Party, and their ambition to ascend within the Party. The latter was dependent on the contexts of the blogs, that is the social media platform and groups which the blogs were posted, rather than the blogs’ content. In other words, the norms of communication in the polity affect the process in which political expressions were made, rather than people’s ideological differences about the regime. These activists felt that ‘speaking out’ had an intrinsic value for their political agency not only an instrumental value in achieving political change.

These examples illustrate that political participation is shaped by historical, regional and cultural contingencies, resulting from the continuous interactive process of negotiating collective values and adapting individual goals respectively. They also show that there is plenty of space for political agency even outside the scope of opposition and dissent. By fusing the understanding of these concepts, it is possible to miss the myriad ways in which individuals may seek to bring about a socially just polity, particularly in situations where democratic conditions are deficient.