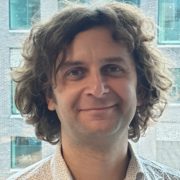 Vanja Lozic is senior lecturer in education and his research deals with issues of education, migration, ethnicity, gender, youth cultures and resilience in multicultural urban spaces. In the focus of his present research is the problematisation of Swedish multi-ethnic urban areas and partnership for crime prevention.

As policy debates are increasingly moving towards resilience, critical scholars have discussed whether this turn reveals something deeper about shifts in techniques of government. In the field of security, commentators have observed a ‘marked distancing from centrally coordinated response organized via hierarchical chains of command and control designed to combat known threats and enemies’, in favor of more self-organizing forms of security. Others have argued that the terms resilience and resilient have become ‘political keywords’ in the field of security and beyond, vested with symbolic meaning to legitimate specific practices. What has received little attention in these debates, however, is the performative function of the ‘shift’ in policymaking: the semantics of the shift. What exactly does the ‘shift’ do when enacted to affect change in urban prevention politics?

In a recent article in Politics, we argue that the semantics of the shift serves a particular purpose: to criticize a long-established welfare-state tradition, associated with professional silos. Proponents of resilience thinking use the ‘shift’ to dismiss a welfare-state way of organizing prevention as outmoded, in juxtaposition to future-oriented resilience thinking, based on cross-sectorial collaboration. Much like critics of centralized government elsewhere, academics and pundits in Sweden hold that conventional techniques are unable to deal with the complexity of new security problems. The aim of this strategic critique, we argue, is to create new possibilities for intervention in urban districts considered particularly vulnerable to crime and violent extremism.

We take as our point of departure the reformed national crime- and radicalization prevention politics, which is oriented towards establishing, maintaining and dispersing local collaborations, often coordinated by the municipality and the police (and usually involving numerous other partner organizations as well). In constantly changing and unpredictable environments, the argument goes, partnership collaboration is a suitable way of organizing prevention initiatives because of their bottom-up, multi-sectorial, holistic and yet open-ended configuration.

Part I of the article draws attention to how partnership collaboration is organized around failure and possibility. Based on the (resilience) idea of limited knowledge and governance in an indeterminate world, failure is considered inevitable and potentially productive (of new possibilities), if handled appropriately – which is an issue of problem design or framing. Part II demonstrates how partnership-organized prevention initiatives bracket-off risky failure by strategically reframing problems and bringing new visions of the future into being – through the semantics of the shift. In characteristically epochal terms, the ‘shift’ casts partnership formation as an improvement of the future, although the strategists’ belief in future visions is apparently shot through with cynicism.