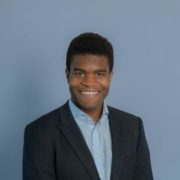 Zim Nwokora is a Senior Lecturer in Politics and Policy Studies at Deakin University. His research concentrates on Comparative Politics, with a focus on elections, political parties, and constitutions and has been published in outlets such as American Politics Research, Party Politics, and Political Studies. He completed his doctorate in Politics at the University of Oxford in 2010 with a dissertation on the American presidential nominating process.

China’s global media expansion is one of the latest signs of the continued rise of the Middle Kingdom. As the tentacles of Chinese media expand far and wide, there is now a debate on whether Beijing’s global media reach has helped China spread its influence and boost its soft power abroad. For many observers, the answer is yes: the media equal influence and soft power, by means of effectively channelling and broadcasting a country’s soft power to the wider world.

And yet, China’s soft power clearly has not increased in proportion to the spatial expansion of Chinese media or the growth of Chinese investment in this realm. While some scholars attribute this discrepancy to the fact that China, being an authoritarian state, has limited soft power resources to begin with, in a recent article in Politics we argue that the more complex relationship between the media and soft power cannot be fully understood from the dominant resource-cum-transmission approach to soft power and the media. Instead of defining soft power as resources and treating the media as primarily a transmission vehicle for such resources, we argue that soft power should be seen as an effect of discursive construct, in which media discourse plays an instrumental role. This brings media discursive strategies and their effect to the centre of the study of soft power.

By charm offensive, we mean a discursive practice of constructing the self in a positive light. Notable examples of this practice include discourses of the ‘manifest destiny’ (the United States), ‘normative power Europe’ (Europe), a ‘Russian world’, and ‘Peaceful Rise’ (China). Othering offensive, on the other hand, is an indirect discursive practice of soft power: it relies on the construction of a negative and repulsive Other so as to create, implicitly but no less powerfully, a positive and attractive self-identity. Defensive denial is a largely reactive strategy of resisting or denying negative discourses about the self, often as a response to an Othering offensive by other actors.

While these are not an exhaustive list of the soft-power discursive repertoire, they are the most commonly deployed practices in the construction of soft power in global politics. Their deployment and effectiveness as discursive practices, among other things, contribute to the overall soft power dynamics. In this sense, understanding Chinese soft power requires not only looking at the spatial reach of Chinese media, but also probing into the soft-power discursive practices found in Chinese media.

As we show in the article, one such soft-power discursive practice—Othering offensive—was clearly at work in China Daily’s coverage of Donald Trump and the United States in general during the 2016 presidential election. In the Othering strategy deployed by China Daily, three framing themes stand out: the depiction of Trump as a problematic and irrational candidate, the focus on the tensions and division within US society and the dysfunctionality of US political system, and the portrayal of the US as a waning and irresponsible global power.

All the negative framings of Trump and the US, we argue, aim to convey a sense of what China is not. In other words, these Othering discourses of the US are in effect implicit soft-power messages about a more ‘stable’, ‘harmonious’, ‘open’, and ‘responsible’ China. Whether such messages have indeed convinced an international audience of China’s attractiveness requires further research on audience reception, but it is clear that in order to understand Chinese soft power diplomacy, we need to pay more attention to its media discursive practices.