Political equality forms the heart of a democracy. In recent years, gender equality in representation has become an influential indicator of political equality. The number of women in legislatures was well as their ideas and interests are powerful indicators of the health of democracy. Yet, the taken-for-granted group categories – such as ‘women’ and ‘men’ – upon which many researchers tend to rely to measure gender equality has become highly problematic. Who belongs to which category is not straightforward. For instance, research shows that gender and ethnicity intersect, that some women experience more gender equality than others. If we score women’s presence without variety within the group, we generate numbers on political equality that may well hide inequalities in problematic ways.

We propose a research design to measure group representation that takes context and time-specific intersecting identities and interests as starting point. We argue that we should no longer take for granted that we know who we should count, or that we know what counts as proper representation. We understand representation as a constructivist process of politicians who strategically create groups as well as their needs and interests. Therefore, claims made by politicians on behalf of some groups cannot be assumed to reflect groups’ ideas. It is an empirical question, part of the study, as well as the question whose ideas are not included.

In this exercise we propose two basic questions to increase the chance that we are counting the right bodies and ideas when measuring equality in political representation: Who belongs to which group? What are the political issues and interests of this group? These questions force us to rethink existing categories and labels. They will also reveal groups and interests that are ‘hidden’ because their non-prototypical identities are not mobilized, and their interests are not voiced by political actors.

Our research design suggests a sequence of research steps – as well as some concrete methods- that moves between induction (identity frames by politicians), deduction (testing to what extent citizens identify with these identity frames), and induction (mapping the non-prototypical groups and their interests). Through comparison, researchers can systematically measure, quantitatively and qualitatively, the match between ascribed identities (from above by politicians) and self-identification (from below by citizens). Once groups and their interests are mapped as perceived from below and above, scholars can return to the common practice of counting bodies and ideas. 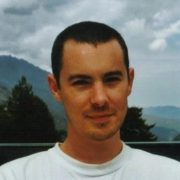