Politics is a journal of the Political Studies Association. We aim to highlight key articles as well as bring you editorial news.

Teaching about Middle Eastern and North African issues in politics or international relations courses is challenged by negative stereotypes about the histories, countries, and people of the so-called MENA region. This often manifests itself in the way students imagine individual subjects, states and their political regimes, or broad themes such as development, social change, or political ideologies. An example of the former can be found in the widely shared imaginaries of women there, whom are very often seen only under the Muslim veil. In relation to the second, we can say that the idea that authoritarianism is a “natural” phenomenon in this cultural environment and alien to the economic-political structures that shape North-South relations is widely established. As an example of the third point, it can be underlined that students find it difficult to envision men and women in the Middle East and North Africa as rational political actors. Research shows that, while the roots of these one-sided imaginaries run deep, perceptions of Muslims or Arabs’ otherness have been heightened in the West in the aftermath of 9/11.

Our recent article in Politics addresses the problem of teacher credibility in teaching contexts where controversies arise. The literature suggests that controversies are related to the “cognitive dissonance” experienced by some students when they are exposed to information that contravenes their deeply held beliefs or ways of thinking about any given issue. In turn, the literature indicates that teacher credibility depends on three variables: expertise, objectivity, and care for the learning environment.

This paper published by Politics evaluates two experiences in undergraduate courses on the Middle East and International Relations. In these courses, students must use tools from postcolonial analysis (especially Said’s theory of Orientalism) to examine the film ARGO and the analysis of the Arab Springs, respectively. The paper specifically assesses which elements of the design of activities aimed at “uncovering Orientalism” are responsible for the perception that, by being prompted to think critically about the representation of the Islamic Republic of Iran and post-revolution US-Iran relations or about the differences between a culturalist vs structuralist analysis of the Arab Springs, the classroom ceases to be a space for political and neutral reflection. The article shares the idea that the essence of postcolonial analysis is to expose students to realities such as colonialism-driven structural inequalities, racism, Islamophobia and, more generally, to the operations of modern thought which perpetuate the difference between “us” and “them”.  Therefore, the piece urges to question the compatibility of decolonial efforts in International Relations and the observed relationship between teacher objectivity and credibility. The conclusion to the article is that decolonial teaching is needed to match the broader efforts done to decolonise International Relations. However, decolonial teaching cannot afford to make teachers’ credibility bear upon objectivity insofar as the mission of post- and decolonial developments in IR is to render visible our constitution as subjects (teachers, students, and beyond) of global politics.

“Reacting to Black Lives Matter: The discursive construction of racism in UK newspapers”

When do parties put Europe in the centre? Evidence from the 2019 European Parliament election campaign 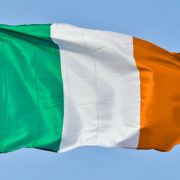 How stickmen are helping us to create active citizens 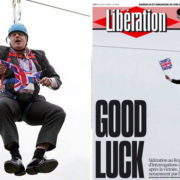 What is Politics? A word from our editors