Events during the summer of 2020, including the Black Lives Matter protests and the toppling of the statue of the slave trader Edward Colston in Bristol, have reignited debates about Britain’s colonial legacy. In universities, these debates touch on issues not only of symbolic representation – such as what should be done with the statue of the imperialist Cecil Rhodes at Oriel College, Oxford – but also on what we teach and how. Calls to ‘decolonise the curriculum’ are especially relevant to political theory. It is in the teaching of political theory that we claim to introduce students to the foundational thinkers, theories, and concepts of our discipline. Yet the traditional canon of political theory is dominated by white men. The issues of colonialism, imperialism, and race are frequently ignored and the explicit racism of canonical thinkers such as Kant, Locke, and Mill often goes unmentioned.

To assess what – if any – progress has already been made in decolonising political theory curricula, in my recent article in Politics I examined modules at 92 UK universities, choosing one module from each university. I was interested mainly in the modules that are called things like ‘History of Political Thought’ and which introduce students to the canon of political thought from Plato to Rawls and beyond. Looking at module descriptors and – where available – reading lists, I searched for the presence of non-white thinkers and authors and any mention of themes related to colonialism and its legacies, including imperialism, slavery, and the Civil Rights Movement.

I found that most of the 92 modules examined contained no reference to race or race-related themes and no readings from any non-white thinkers. Only about 20% of the modules had what I call a ‘significant reference to race’, in which at least one week was dedicated to a non-white thinker or race-related theme and at least one of the essential readings came from a non-white author. (As might be noted, this is still a pretty low bar.) In other words, notwithstanding a handful of examples of good practice, when students in UK universities study the canonical thinkers and foundational theories of Politics, more often than not they read only white thinkers and they are not asked to reflect on colonialism and race.

Why does this matter? There are at least two reasons. First, our students are not exclusively white. Some have argued that there is a moral case for students to see their own cultural and ethnic identities reflected in their curricula. But there is also a more pragmatic case: there is a risk that BME students – whose attainment currently lags behind that of their white peers – may disengage if they are confronted with a curriculum in which only white people are given a voice. Second, an all-white curriculum implies – absurdly – that only white people have contributed to the ways in which we think about and conceptualise politics. Even if – for whatever reason – one wanted to teach only ‘Western’ political thought, this would not be a reason for teaching only white thinkers and ignoring colonialism. Not all ‘Western’ thinkers are white, and ‘non-Western’ thinkers like Gandhi and Fanon were subjects of the very Western empires that their works opposed. Colonialism is central to the history and construction of ‘the West’, and even the white thinkers of the traditional canon cannot be understood if their relation to and views on colonialism go undiscussed. 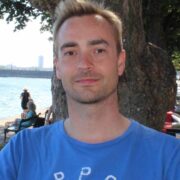 Simon Choat is senior lecturer in Politics and International Relations at Kingston University, UK. He is the author of Marx Through Post-Structuralism: Lyotard, Derrida, Foucault, Deleuze (Continuum, 2010) and Marx’s ‘Grundrisse’: A Reader’s Guide (Bloomsbury, 2016).