Economic performance is of particular relevance to authoritarian regimes because satisfactory economic outcomes give the regime room to maneuver in immediate difficulties and keep them resilient under the pressure of political reform. Political leaders in Kazakhstan, Russia, Venezuela, Vietnam, and other authoritarian countries universally prioritize economic development as a national strategy. As an authoritarian nation with the world’s largest population, China’s politics provide a case for studying the maintenance of public support by authoritarian regimes through their economic performance.

Focusing on the impact of economic conditions on regime support enables us to examine how citizens’ economic evaluation affects their support for a political system. Although a link between the economic situation and governmental approval has been widely realized (see here, here, here and here), little is known about the psychological mechanism by which the economic situation affects the public’s regime support in an authoritarian context.

The present study identified the relevance of retrospective and prospective evaluations of the economic situation to political support, which sheds a light on political leaders’ ruling strategies. Producing despair of the past and hope for the future contributes to sustaining public support. First, political leaders are keen on propaganda concerning the worse situation of the past. In particular, when economic conditions are unsatisfactory at present, it becomes more important to stress the magnificent improvements in the economy compared with the past. Second, political leaders make an effort to create a blueprint for the realization of a great dream. They are particularly good at creating and manipulating symbols of the regime’s commitments to great national goals, by which ordinary people are easily attracted. The results of this study show that people who are optimistic about future economic prospects tend to have a higher level of regime support. 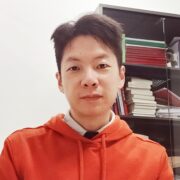 Yida Zhai is an Associate Professor in the School of International and Public Affairs at Shanghai Jiao Tong University, China. He received his PhD from the University of Tokyo. His research interests include political psychology, public opinion, and East Asian comparative politics. His work has been published in Chinese, English, and Japanese peer-reviewed journals and edited volumes.