Special Issues
It is easy to overlook the political significance of culture—especially lowbrow culture. But studying culture through soap operas can reveal how everyday life shapes politics.

In these times of Trump and Brexit, with political elites blindsided by outcomes they did not expect and are unable to control, studying the politics of everyday life can provide insight into the making and fraying of political identities and ideologies. A key site for such study is the soap opera, which is often considered a form of lowbrow culture—the go-to genre for cheap melodrama, not for cultural or political commentary. But soap operas have a distinctly political history.

The first British soap, Front Line Family, focused on a middle-class British family struggling during World War II and was broadcast by the BBC on American shortwave radio to encourage American participation in the war. The Archers was produced by the BBC in association with the Ministry of Agriculture, Fisheries and Food, the programme provided farming tips and information about fluctuating food prices as part of a broader effort to convince the public to accept continued rationing after the war’s conclusion.

Coronation Street first aired on ITV in 1960 at a time when the BBC was still the bastion of Received Pronunciation, the accent most commonly heard in the middle-class environs of the Home Counties rather than the industrial north. The show’s creators were inspired by the work of Richard Hoggart—a major influence on the Birmingham Centre for Contemporary Cultural Studies—and his analysis of working-class life in the North. The show adopts many of the themes that Hoggart identifies in working-class culture, including the emphasis on the strength of women and the ambivalent class position of pub landlords and others hovering at the boundaries of the petit-bourgeois (or what politicians now like to call ‘aspirational Britain’). After more than a half-century of success, the show is now broadcast Australia, Canada, the US, India, Thailand, the United Arab Emirates, Saudi Arabia, Malta, and Korea. Coronation Street now connects to global cultural circuits, but its focus on ordinary working-class life is unchanged.

In our recent Politics article, “The politics of a ‘Poncy Pillowcase’: Migration and borders in Coronation Street’“, we turned to popular culture as a resource for examining everyday life. We focused in particular on a 2007 storyline in Coronation Street about conflicts between English and Polish workers at a garment factory. Our interpretive coding of the 10 episodes featuring the storyline uncovered four key themes: race, gender, fear, and political agency. By continually returning to these themes without offering any resolution, the soap stages everyday life as a complex constellation of global forces, including those of globalisation and migration. The imagined world of Coronation Street supplies resources for reimagining the everyday spaces that the show’s viewers occupy. As the fictional lives of the characters on Coronation Street unfold, the soap is a space where contesting views and perspectives are aired, inviting the audience into on-going political contestation as part of their ordinary television watching routines.

The storyline we analyzed turned on a plot twist. Janice, one of the English factory workers, is so incensed by the arrival of Polish workers that she calls the immigration authorities, who raid the factory and discover that Joanne, one of the ostensibly English employees, has a secret past: she was smuggled to the UK illegally to escape the civil war in Liberia. Sitting in the Rovers Return, the characters discuss what they might do to assist Joanne. Janice, in her typically emphatic tone, insists that they ought to ‘take action’ and call their M.P. in order to ‘make a stink’ and ‘start some campaign like.’ Sally, Hayley, and Sean are less convinced; Halyey suggests, ‘we could send her a care package’. Sally elaborates Hayley’s idea, saying, ‘maybe one of those little aromatherapy pillows with lavender in it to soothe her nerves’. Sally, Hayley, and Sean nod in agreement, but Janice is unconvinced: ‘Oh, right yeah, some poncy pillowcase stinking of some old biddy’s perfume—I mean that’s really gonna sort her out isn’t it’.

They never decide on either solution, but the significance of the scene is to sketch competing responses to Joanne’s detainment: on the one hand, a politics of care that seeks to restore her sense of security by providing her the comforts of everyday life; on the other hand, a traditional politics of direct action aimed at mobilising recognised institutions, in this case parliament. Soaps operate in between high politics and everyday life, providing a resource for its audience to imagine political possibilities in the space of the ordinary. 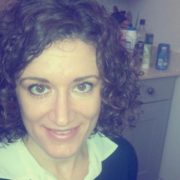 Alexandria Innes is a Lecturer in International Relations at the University of East Anglia. Her research interests stand at the intersection of critical and feminist security studies and migration. 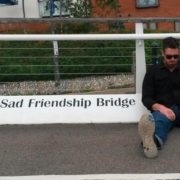 Robert Topinka is a Lecturer in Media and Cultural Studies at the University of Sussex. His work on urban culture, media, race, and transnationalism has appeared in Citizenship Studies, Visual Communication, Rhetoric Society Quarterly, and elsewhere.