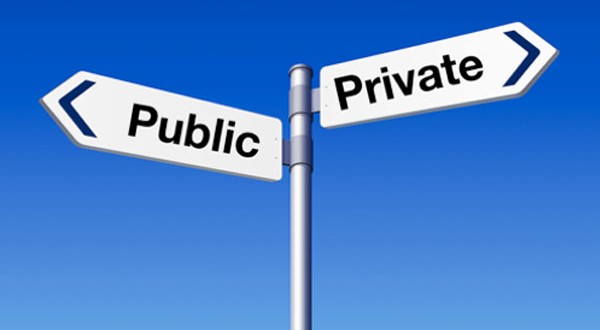 Uncategorised
The recent Carillion scandal in the UK has echoed internationally by bringing the media attention back to the question of whether the private sector can be trusted to deliver public goods and services. How has the private sector permeated through governments and administrations in Europe?

Carillion was the UK’s second-largest construction company, with about 20,000 people in the UK and more staff abroad. It was perhaps best known for being one of the largest suppliers of services to the public sector. It indeed held many government contracts, from building hospitals to managing schools. Its motto was “Making tomorrow a better place”. Nowadays, for Carillion there is no tomorrow anymore as, few months ago, it buckled under the weight of a whopping £1.5bn debt pile. Despite a positive assessment by KPMG and Deloitte about the state of the company’s affairs, Carillion went into compulsory liquidation on 15 January 2018, the most drastic procedure in UK insolvency law.

According to Owen Jones, Carillion is just one manifestation of a failing neoliberal system: “one which rolls back the public sphere everywhere in favour of the private sector, which slashes taxes on big corporations and wealthy people, and one which obsessively deregulates”.

How has the private sector permeated so deeply through governments and administrations in Europe?

This is the question that my co-authors and I seek to answer in our recent article.

Over the past five decades, European public sectors have undergone a profound process of organizational change, where private-sector management has permeated through governments and administrations of many countries. New Public Management (NPM) reform ideas have been crucial to this change. Mainstream studies on NPM commonly see it as a mere pragmatic and apolitical framework of reform to downsize State bureaucracies and render public service delivery more efficiently and effectively responsive to users’ demands. Nevertheless, more critical studies in the academic literature argue that NPM reforms to government are part of a neoliberal attempt to dismantle traditional national welfare-state traditions. From this perspective, NPM is rather understood as a form of free-market ideology giving priority to deregulation, public services liberalization and privatization, and public spending cuts aimed at increasing the role of the private sector in the economy and society.

Following on from this critical studies tradition, the article brings the focus on the relationship between NPM reforms, political ideology and public expressions of support for these reforms by political parties.

We argue that NPM ideas coalesced into a homogeneous system of beliefs during the 1950s and 1960s with the rise of new institutional economics and public choice theory. Drawing on Hayek’s and Mises’ philosophy, these new economic disciplines increasingly advocated the primacy of market institutions over state bureaucracies in the economy of the public sector. However, these ideas had no appeal for political parties’ agendas until the 1970s when Keynes’ economic theory came to be considered outdated as it could not explain stagflation, a combination of inflation and long-term unemployment. The Keynesian welfare state was seen as a monopoly provider of services and as fundamentally inefficient. As explained by Larbi, the increasing criticism by the New Right neoliberals of the size, cost and the role of government casted doubts about the capacity of governments to rectify the existing macroeconomic situation. Therefore, in the 1980s, a “striking international trend” of reform initiatives took place in several Western European countries with the aim of modernizing the public sector through the use of private sector techniques and market based strategies grounded on efficiency and effectiveness.

From the 1990s onwards, the NPM paradigm was widely accepted as the “gold standard for administrative reform” not only in the Western Europe but also in the Eastern one. Following the fall of Soviet Union and the decline of socialist ideas, Eastern European parties turned to the West. Throughout the 1990s and 2000s, regardless of their political orientation, national parties in many Eastern European countries increasingly declared their support for these reforms. One reason was the uncertainty generated by the transition from socialism to capitalism: Western European public-sector models were seen as normatively ‘superior’ and readily transferable to displace pre-existing ‘inferior’ models. A second reason was the EU’s external pressures during the two Eastern enlargements in 2004 and 2007: EU’s conditionality in public-administration development required specific administrative capacities to accession countries from Eastern Europe in order to obtain the EU membership.

How are narratives of public-sector reform constructed and sold to parties before they land at government level? Who are the actors involved in this process? There is much work to do in the future on these questions but we hope to have made a start with our article.

Ewan Ferlie is Professor of Public Services Management at the School of Management and Business, King’s College London. He has published widely on strategic management in public services organizations.

Giuseppe Lucio Gaeta is Assistant Professor of Public Economics at the University of Naples ‘L’Orientale’ and Associated Research Fellow at the cMET05 Inter-University Centre for Applied Economic Studies on Industrial Policy, Local Development and Internationalization (Italy). His research focuses on Political Economy and Education Economics.