Pirate parties appear to be on the decline. These parties were successful in winning representation in Sweden (European Parliament) and in Germany (State Parliaments) but have since disappeared from these parliaments. Yet recently, they have recently won seats in national parliaments in Iceland, the Czech Republic and Luxembourg.

Given the great differences in electoral results of Pirate parties, two questions arise: who votes for these parties? And whether these patterns are consistent between countries? While there has been research about in which countries pirate parties are stronger, there has not been comparative research looking at which voters vote for pirate parties. In a recent article in Politics, I investigated this, pooling six different election surveys to examine who voted for these parties in eleven different countries.

The first pirate party was founded in Sweden in 2006, by founders who were particularly upset with new copyright regulations. The formation of this party sparked the formation of more than fifty parties all over the world. The Swedish Pirate Party won seats in the European Parliament in 2009. The German Pirate Party won seats in the European Parliament in 2014 and also a number of state parliaments. Pirate parties have entered in elections in 18 countries in Europe since 2006: they became the third party in the Czech Parliament, they have become a stable feature of the Icelandic party system and they have recently won seats in the Luxembourg parliament.

I looked at two factors that may structure voting for these parties: programmatic agreement with these parties and political dissatisfaction. First, voters may vote for pirate parties because they agree with the ‘cyberlibertarian’ program of these parties. Pirate parties have libertarian views on issues like file-sharing, but also online and offline privacy. The surveys used have items on general attitudes towards privacy, law enforcement and authoritarianism, but no specific item on file-sharing. This means that these measuring the general attitudes that one would expect pirate party supporters to have and not the specific concerns that motivate the formation of these parties originally.

Second, voters may vote for these parties as a protest vote. In that case, voters who trust politicians less, in general, may vote for pirate parties.  It is reasonable to expect that pirate parties attract protest voters. Not just because new and third parties in general attract voters that are cynical about politics, but because they themselves often emphasize that they favour alternatives to the existing representative democracy, such as direct participation of citizens in decision-making.

So, what do these results tell us about the volatility of the support for Pirate parties? If voting for these parties is driven more by political dissatisfaction than by their program, we can understand why these parties also decline. If other parties rise that give a more articulate voice to political dissatisfaction, voters may turn away from Pirate parties and to these alternatives. Yet if they are able to capitalize on dissatisfaction with established politics, like they have in Iceland, they may become a more stable feature of the system. 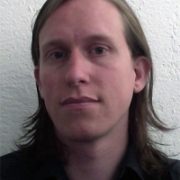 Simon Otjes is an assistant professor of political science at Leiden University and a researcher at Groningen University. His research looks at voting, parties and parliaments in Europe, with a special focus on new political parties.