A large literature exists on political budget cycles, or the tendency for political incumbents to manipulate fiscal and monetary policy to their electoral advantage just before an election. The theory holds that voters, enticed by policies such as additional expenditures, reduced taxes or increased budget deficits will be more likely to re-elect the incumbent. For the most part, this literature has focused on the manipulation of existing policies before elections. But could the passage of redistributive policies themselves also act as a tool used by incumbents to win over voters before elections?

In a recent article in Politics, I examine this question in greater detail. Policy passage might be an ideal form of manipulation, since it tends to be visible to voters, especially if it concerns a salient policy. Depending on the policy, it may also be more cost-effective than increasing expenditures. Moreover, previous studies have found evidence of ‘novel’ government actions becoming more common around elections, such as increased defense contracts, the passage of job-creation schemes or the passage of social pacts.

To test whether policy passage also contains an electoral component, I analyze the passage of land reform policies in 15 Indian states from 1957 to 1992. Land reform is an ideal candidate for manipulation for several reasons. States were tasked with passing and carrying out this policy, meaning that voters can attribute policy passage to the state parliament. Land reform was also cost-effective for the state since private landowners bore most of the redistributive costs. Empirical results suggest that land reforms are likely to occur the year before a state election. This result remains robust to a variety of alternative specifications, such as accounting for the percent of poor and landless residents, and the ideology of the governing party.

One potential issue with a theory of “political cycles” is that voters could get wise to the fact that repeated policy passage might just be used as a tool to win over voters rather than a policy promising any real substantive change. To test whether voters might view repeated passage of land reform as less credible, I look at nationally-representative individual-level surveys conducted in India. I test whether respondents are less likely to view land/land inequality as the “most important problem”, and whether they are less likely to approve of land grabs (the forcible taking of property) in states that have passed land reform policies. I found that land issues remain salient to voters, even in states that have passed reforms. This suggests that land reform is an ideal policy to use around elections. Future work might explore other policies that contain an election cycle component. 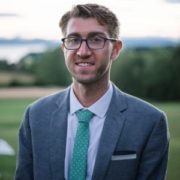 Andrew Q. Philips (Ph.D., Texas A&M University, 2017) specializes in political economy, methodology, and distributive politics. His current research interests focus on the manipulation of budgets during elections, approaches to modeling compositional data such as budgets or party vote share, and developing and implementing models for time series and cross-sectional time series data in political science. His articles have appeared in a number of journals, including the American Journal of Political Science, Public Choice, Political Science Research and Methods, Stata Journal, and Electoral Studies.