James Scott (1985) wrote that “everyday forms of resistance make no headlines”. Yet, still there are everyday forms of resistance, all those apparently insignificant narratives and acts that stop short of collective defiance but hold sway over the political authority. While tracing contestations of religious neoliberal governmentality under the AKP in Turkey, we interviewed members of the Labor and Justice Platform (LJP), a social-justice oriented grassroots organization that brings together young activists from former Islamist and leftist networks. In a recent article in Politics, we call their actions and discourses the pious dissidence. Notwithstanding their lack of electoral strength, we aimed to show that they still matter: first, they are strong enough to voice an alternative to the AKP; second, to show neoliberalisation cost the AKP its moral claim to stand for the underdog; and third to retain Islamic consciousness amidst the increasing authoritarianism with religious references in Turkey. Hence, what matters is not their numbers, but their courage to harness counter-discourses against the AKP rule imbued with Islamic references.

In order to do this, these young activists problematize the AKP government’s instrumentalization of religious idioms, such as kader (fate), kısmet (destiny), şükür (thankfulness), sabır (steadfastness) in order to shirt the responsibility to a divine being when it fails to deliver. The pious resistance contests the government’s claim over these Islamic references, knowing that this is an attempt to enhance the resilience of the pious subject from within and essentially to contain any contestation of its rule at the outset. Turning to Islamic references to explain political failure aims to prevent the pious subject from questioning AKP’s responsibility for this failure. It seeks to retain this very subject within the politico-religious narrative even when AKP fails to deliver. Eventually, retention does not succeed, but contestation succeeds.

We explain this contestation using the Foucauldian framework while emphasising contestation as an underdeveloped term in this literature. In particular, we outline three areas of dissent. First, group members express a sharp criticism of market Islam or any efforts to mix religion and neoliberal economics. In their critique, they focus on Islamic principles of equality, brotherhood, and labor rights. Second, LJP members challenge political Islam by emphasizing a multiplicity of interpretations of Islam and the need to foreground the liberatory, egalitarian, and justice-based aspects of the religion without adhering to Islam as an ideology. Finally, the group expresses dissent against state-led Islam reflected in AKP’s religious nationalist ideology and corrupt cronyism. 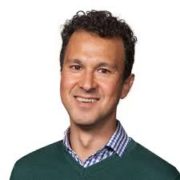 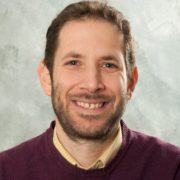 Yusuf Sarfati is an Associate Professor of comparative politics at Illinois State University. His research interests revolve around social movements, protests, democratization, and religion & politics with a focus on Turkish and Israeli politics. Sarfati is the Director of the Middle East and South Asia minor at ISU. He is the author of Mobilizing Religion in Middle East Politics: A Comparative Study of Israel and Turkey (2013) and the co-editor of The Jarring Road to Democratic Inclusion: A Comparative Assessment of State-society Engagements in Israel and Turkey (2016).