On early morning of October 26th, 2002, Russian special forces stormed Dubrovka Threater to free hundreds of civilian hostages captured by Chechen separatists. As a part of this infamous operation, Russians used a gaseous compound – an incapacitating chemical agent – that caused the death of over one hundred hostages. While there are still many unanswered questions left about this tragic incident, it seems clear that a vast majority of fatalities were indeed the result of gas poisoning.

Similar incapacitating chemical agents (ICAs) are often imprecisely grouped together with so-called riot control agents (RCAs) as “non-lethal chemical agents” that, unlike chemicals intended for warfare, should belong to the domain of law enforcement unregulated by the international Chemical Weapons Convention (CWC). However, tragic events such the Dubrovka hostage incident have contributed to a growing sentiment in international community that these chemicals are much more dangerous for civilians than their name suggests and that rules and norms of the CWC should change to regulate their possession and use by states.

In our new article in Politics, we draw on an adapted theory of the cycle of normative change to track the development of the “non-lethal agents” issue within the CWC. At the beginning, states intending to change the CWC rules concerning these chemicals had a little success with bringing the issue of the agenda, partly due to the general disinterest among relevant actors partly also because other CWC-related issues that sometimes resulted in “non-lethal agents” being sidetracked – such as the events in Syria that “overshadowed” the debate at the Third Review Conference.

However, we also show the factors that have, in time, led to increasing support for norm change among the state parties. The aforementioned Dubrovka incident came as a shock and provided a ground for opening the debate on the issue. An important turn in the discussion was the involvement of Australia as one of the main proponents of stricter regulations and later also the United States, which eventually reconsidered its earlier dismissive position. Nevertheless, what we found particularly intriguing was the change of the framing strategy that provided norm-promoting states with more room for maneuvering and significantly helped them to gather broader support in the CWC. The framing strategy was to newly decouple RCAs and ICAs as two different problems (rather than a single “non-lethal-agent issue”) and focus mainly on the latter of the two. In addition, the ICAs were rebranded as “central nervous system acting chemicals” with more clearly defined scope – a move that significantly increased the level of international support for norm change.

The process that would end up with formal changes of the CWC rules on these contested chemicals is, as of early 2020, far from complete, and there is certainly resistance among some states to proceed further with these changes. If the issue were to be taken forward, the next step should be to follow the recommendations of the Open-Ended Working Group on Future Priorities and launch a policy discussion on formal rule changes concerning “non-lethal agents” in the CWC. 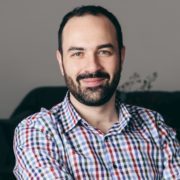 Michal Smetana is a Research Associate at the Faculty of Social Sciences, Charles University, and Coordinator of the newly established Peace Research Center Prague. His most recent articles have been published in International Affairs, The Washington Quarterly, Journal of International Relations and Development, International Relations, Asia Europe Journal, Bulletin of the Atomic Scientists, Cambridge Review of International Affairs, The Nonproliferation Review, and other academic and policy journals. He is the author of Nuclear Deviance: Stigma Politics and the Rules of the Nonproliferation Game.

Hana Martínková is a postgraduate student of international relations and security studies. In her research, she primarily focuses on international norms related to weapons of mass destruction. She is the principal investigator of the project ‘Contested Meanings of the Norm Against Chemical Weapons: CWC and the Issue of “Non-Lethal” Agents’ funded by the Charles University Grant Agency.