Modern slavery and human trafficking is an exemplary case of the strong framing effect of rhetoric on public policy. It is textured by passionate discourse about the exploitation of victims  and the crimes of traffickers. Drawing on a proud history of British abolitionists, contemporary anti-slavery campaigners envision themselves as carrying on the fight, taking a central role in framing the modern slavery problem through their mobilising efforts to arouse public sympathy, raise awareness and attract resources.

Through rhetoric, non-government organisations engage in a politics of representing modern slavery in a humanitarian frame, to elicit compassion and support for victims, in opposition to the crime and security frame supported by government. Understanding the grain of anti-slavery rhetoric within this humanitarian frame contributes to a better understanding of modern slavery framing politics.

Our recent article in Politics examines the rhetoric of UK contemporary anti-slavery NGOs, supplemented by a historical comparison with 19th century anti-slavery rhetoric. The research examines continuities and disjunctions in the representation of the problem to discover the persuasive appeals that generate the audience’s sympathy for victims and motivation to act.

We examined the webpages of 212 British NGOs active in anti-slavery work, identifying key themes and rhetorical strategies of persuasion. We supplemented this with a study of texts held in anti-slavery archives at the John Rylands Library. The most common appeals of contemporary NGOs are based in pathos, in which the audience is motivated to hold positive feelings for victims, who would benefit from experiencing empowerment, hope, compassion, love, belonging and dignity in the eyes of others. Ethos also features, in values of freedom and honesty/integrity. It is notable that logos is not present at all. These modes of persuasion confirm the highly emotional tone of activist rhetoric. They are also compatible with liberal Christian values. Practically, they aim to reduce the feeling of distance between audience and victim. Despite the criminality that concerns anti-trafficking policy, the crime frame was marginal.

When we compared contemporary rhetoric with historical anti-slavery rhetoric, we found many similarities, but also differences. Contemporary activists, like their predecessors, primarily appealed to the pathos of the audience, their compassion for victims of exploitation and desire to help. They also appealed to ethos, shared liberal values, in many cases grounded in explicitly Christian ethics and sense of responsibility. Contemporary activists draw strong continuities with their predecessors. But where contemporary rhetoric differed was that, in the past, orators had to convince the audience that slaves were equal human beings. Today, the problem for NGOs is to persuade the audience that slavery still exists and is close to home. In short, rhetoric aims to overcome the sense of distance from the problem in order to motivate the audience to care and to act. We argue that, given the necessity for NGOs to enlist supporters and raise funds in an environment of scarce resources, their rhetoric will continue to frame trafficking through emotional language, and will continue to frame the problem in terms of slavery. 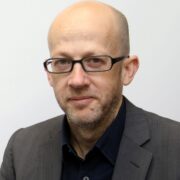 Nick Turnbull is Senior Lecturer in Politics at the University of Manchester. His research focuses on the theory and practice of policymaking, as modes of questioning and rhetoric. He has published research on public policy in the journals such as British Politics, Critical Policy Studies, European Journal of Criminal Policy and Research, Policy and Society, Public Management Review, and Public Policy and Administration. He is the editor of Interpreting Governance, High Politics, and Public Policy: Essays Commemorating Interpreting British Governance (Routledge, 2016). 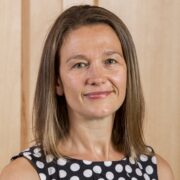 Rose Broad is Senior Lecturer in Criminology at the University of Manchester. She has extensive experience researching human trafficking and modern slavery. She currently holds an Economic and Social Research Council ESRC grant researching people convicted for modern slavery offences in order to understand their backgrounds and motivations. She recently completed an N8 funded project with Greater Manchester Police, which analysed their modern slavery data from 2015. She has published her research findings in the British Journal of Criminology, The Howard Journal of Criminal Justice, European Journal of Criminal Policy and Research, and The European Review of Organised Crime. She has acted as a consultant for the Home Office in a review of their modern slavery research.