Propositions on climate action come in many forms and shapes, from declarations of climate emergency to initiatives to promote Green Deals. The proliferation of practices and ideas that advance climate action points to the controversial nature of climate change as a political issue: different social actors have different ideas on how best to respond to the challenges that emerge in the context of global environmental change. Political thinkers from Aristotle to Arendt and from Machiavelli to Mouffe acknowledge controversy as a key marker of political life. Political disputes are constituted through rhetoric; they can also be studied employing tools from rhetoric as a field of inquiry.

In my recent article in Politics, I offer a methodological framework for studying political disputes and use party discourse on climate action in the UK to demonstrate how it functions. I propose that the identification and analysis of commonplaces, or keywords that organise meaning or ideas, can provide a nuanced understanding of public debates on controversial issues. This is because commonplaces help to shed light on the purposeful nature of communication, to identify sedimented ideological commitments, but also to explore openings for re-energising social and political life towards alternative arrangements.

A rhetorical analysis requires a defined dataset, as well as attentiveness to the specific social and political context amidst which the material under scrutiny emerges. For this study, I analysed five party manifestos from the 2019 UK General Election. The analysis showed that ‘economic growth’ functioned as a source for arguments for climate action in the Conservative and Liberal Democrats party manifestos. In contrast, SNP, Labour, and Green party introduced, in various degrees and intensities, alternative commonplaces that link climate action with ideas such as ‘social equity’ and ‘well-being’.

The rhetorical study of the discourse of climate action calls into attention how the articulation of proposed solutions to the challenges of climate change becomes the terrain of ideological conflict. By attending to the commonplaces that organise meaning in this dispute, we can discern between the different ideas competing for public acceptance. For example, we can affirm how ‘economic growth’, now a sedimented element in political discourse on climate action, is challenged by alternative commonplaces, such as ‘social equity’ and ‘well-being’. By highlighting the availability of alternative sources of identification, rhetorical analysis can help to link ideas with broader ideological issues, thus clarifying the place of the dispute within the wider context of the social formation, and helping to draw directions for socio-ecological transformation and recontestation.

Political change requires more than a shift in rhetoric. The pursuit of alternative socio-ecological arrangements becomes actualised through material changes in production and consumption patterns, behaviour changes and so on. Yet, transformation also requires change in the use of language. Using commonplaces to analyse the political dispute on climate change, we can see how arguments such as ‘climate action should and can be combined with economic growth’ is challenged by competing parties. Clarifying alternative ideas and possibilities for identification is the first step towards transformative action. 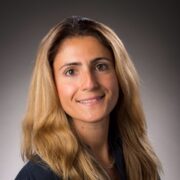 Sophia Hatzisavvidou is a Senior Lecturer in Politics at the University of Bath. She works at the intersections of ecological politics, political theory, and rhetorical analysis.