The European Parliament (EP) has evolved into one of the most important parliamentary bodies on the planet. Directly elected since 1979, it represents almost half a billion people and exercises great power over the lives of Europeans. The growing influence of the European Parliament has renewed interest in EP elections – a unique large-scale democratic exercise, considering that the EP is the world’s only directly elected transnational parliament.

More than forty years ago, German political scientists Karlheinz Reif and Hermann Schmitt famously argued that EP elections are second-order national contests that are dominated by national issues and have little to do with European integration. Because EP elections do not lead to the formation of government, little is at stake for voters as well as parties. In this context, voters use EP elections to send signals to domestic political parties, instead of expressing preferences regarding European integration. Symptoms of second-order status include low turnout, losses for large, mainstream and government parties, and gains for small, fringe and opposition parties. According to the second-order model, voters are particularly inclined to punish political incumbents when EP elections occur in the middle of the national election cycle.

The second-order model of EP elections has been challenged on a number of accounts. Over the last few decades, the question of European integration has been politicised and has entered mass politics, constituting an important political divide and driving the rise of populist, extremist, and Eurosceptic parties. Several studies have shown that voters have policy preferences not only at the domestic level but also at the European level, and that they take these into account when casting a vote in EP elections. Finally, it has been argued that while the second-order model applies well in Western Europe, it does not explain electoral outcomes in Eastern European member states — a difference often attributed to unconsolidated party systems in new democracies.

In our recent article in Politics, we ask whether the second-order model of EP elections still applies.  We analysed the electoral performance of political parties in all EP elections held between 1979 and 2019 and found considerable support to the second-order model. Turnout in EP elections continues to be significantly lower than in national elections, except in countries with compulsory voting such as Belgium. Large parties systematically lose votes in EP elections, compared to preceding national elections. Government parties also lose support, and incumbent losses are especially pronounced in a mid- or late phase of the national electoral cycle. We also found that second-order predictions hold almost equally well in Western and Eastern Europe, and that the model’s performance does not appear to depend on the level of party system consolidation.

Thus, despite its advanced age and the profound transformation of both the EU and the EP, the second-order elections model appears to be doing well. This, however, does not constitute good news for the EU, as the second-order electoral logic is associated with a range of risks and problems, including a fragmented parliament with a questionable mandate to determine the extent and course of European integration, a strong representation of extremist and protest parties, and built-in friction between the EP and the EU’s intergovernmental institutions controlled by national political incumbents. The persisting gap between the EP’s vastly increased powers and its questionable mandate will continue to fuel efforts to turn EP elections into genuine European contests. Breaking the second-order spell, however, may require nothing short of major institutional reforms. 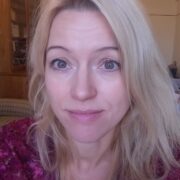 Piret Ehin is Associate Professor in Comparative Politics and Deputy Head of Johan Skytte Institute of Political Studies at the University of Tartu. She holds a PhD from the University of Arizona (2002). Her research focuses on elections, democracy and political attitudes in Europe, as well as aspects of European integration. Her work has appeared in the European Journal of Political Research, Cooperation and Conflict, Journal of Common Market Studies, and the Journal of Elections, Public Opinion & Parties, among others. 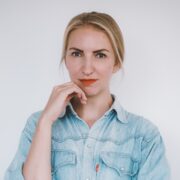 Liisa Talving is a Research Fellow in Politics at the University of Tartu. Her research interests include determinants of citizens’ political behaviour and political attitudes, with a focus on cross-national comparisons within Europe. Her work has been published in West European Politics, Journal of European Public Policy, and Comparative European Politics, among others.