Citizens dialogues on the future of Europe are taking place across Europe since 2018. These calibres of mini public were organised with the intent of fulfilling elite commitments made in the Rome declaration in March 2017. The Rome declaration commits to incorporating EU citizens into the conversation on Europe and to provide them with opportunities to shape their countries national positions on Europe’s future form and functioning in key policy areas. My recent paper in Politics explores Ireland’s set of citizens’ dialogues – which have since been deemed a model of best practice – and evaluates the effectiveness of these dialogues in empowering Irish citizens to shape the national position on Europe. The paper argues that although the dialogues were worthy exercises in communicating Europe to citizens at a time when Europe was at political crossroads, the design of the dialogues hindered their full democratic potential.

Funded by the Irish Department of Foreign Affairs and Trade (DFaT) and organised by European Movement Ireland (EMI), Ireland’s citizens’ dialogues were relatively more systematic and participatory in approach compared to other dialogues across Europe. However, this so-called best practice approach was not without its shortcomings. These dialogues were not intended to empower citizens to be prescriptive in their recommendations, nor bind policymakers to citizens’ preferences on Europe. Evidence suggests that these dialogues resembled a government PR exercise. Public representatives fulfilled a commitment to communicate Europe to Irish citizens but subsequently designed the events in such a way that government policy positions and long-term preference bargaining opportunities would not be constrained by public opinion.

Good mini publics seek to empower citizens to affect policy change. This requires a representative sample of the population (adequate diversity), applied mechanisms to induce deliberation (as opposed to casual debate), adequate time allocation for discussion and a general desire for participants to reach consensus on key critical issues. Ireland’s dialogues lacked these characteristics. In turn, the quality of the dialogues was poor, and this is reflected Ireland’s national report on the Future of Europe. A summary of each shortcoming is as follows:

It is suggested by the design that Ireland’s dialogues were not intended to empower citizens to generate critically deduced, prescriptive recommendations on the future of Europe to national policymakers; for doing so would likely bind policymakers to citizens preferences which could affect intergovernmental bargaining at a later stage. Ireland’s national report on the citizens dialogues shows that citizens’ suggestions were broad and vague in essence and do not reflect clear preferences for European integration in terms of form and functioning. Whilst there is no doubt that the Irish government tried to modernise citizens’ dialogues to fulfil commitments made in Rome, research data suggests that Ireland’s dialogues resembled a government PR exercise rather than a genuine willingness to empower citizens to shape the national position. Thus, despite the inherent democratic potential of the dialogues, these mini publics were fundamentally ineffective in truly empowering citizens to shape the future form and functioning of the EU. 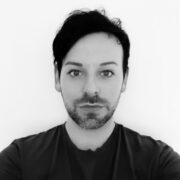 Anthony Costello is a PDTF in Politics and International Relations at Liverpool Hope University. His research interests lie in national preferences formation and intergovernmental bargaining in EU negotiations.