Most non-democratic regimes today hold periodic elections, a phenomenon that has attracted considerable interest of scholars around the world. While we now have a relatively good understanding why authoritarian rulers allow their populations to go to the polls, and the ways in which they try to manipulate these polls to ensure the power does not change hands, we still know very little about the institutions responsible for organising them. Often referred to as election commissions or in some cases councils (Venezuela) or committees (Cambodia), these institutions have a substantial impact on the quality of elections making them prime targets for political pressure and manipulation, especially in non-democratic regimes.

A common solution to this problem, frequently recommended by scholars and practitioners, has been the introduction of formal independence – in other words, legally separating election commissions from the executive branch of government. Yet, as we show in our article in Politics, far from being an effective solution to undue political pressure and influence, formal independence comes with its own problems and challenges. Using the example of the Election Commission of Thailand, we argue that formal independence creates opportunities for long-term capture of electoral commissions by actors who wield power outside of formal politics and are unaccountable to public interest. As a result, formal independence may become part of the problem that perpetuates low-quality elections in countries like Thailand, which have 1) high levels of political polarisation, 2) weak or no liberal democratic tradition and 3) entrenched political elites.

The Election Commission of Thailand (ECT) was established in 1997 as a result of elite-driven liberal political reforms aimed at institutionalising a form of rule that would preserve the power and interests of Thailand’s old elite – the monarchy, military and senior bureaucracy – amid growing demands for greater democracy. Its primary purpose was to protect the old elite from politicians, not to foster the country’s democratic development. When it failed to do that, following the rise of Thailand’s controversial former Prime Minister Thaksin Shinawatra (2001-2006), the old elite took control of the election commissioner selection process and increased the ECT’s formal independence so much so that it became virtually unaccountable to public interest. This led to decreasing electoral standards and increasingly contentious polls culminating in the 2019 election, when the ECT was more interested in pleasing the old elite than ensuring administrative efficiency, effectiveness of voting and level-playing field for all parties involved. The ECT’s actions during the 2019 election reduced Thailand’s prospects for a peaceful return to democracy after almost five years of direct military rule as those who oppose the old elite cannot effectively challenge it through formal means. 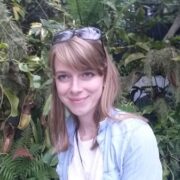 Petra Desatova is a postdoctoral researcher at the Nordic Institute of Asian Studies, Department of Political Science, University of Copenhagen. 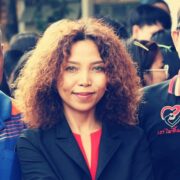 Saowanee T Alexander is an Assistant Professor of Sociolinguistics at the Faculty of Liberal Arts, Ubon Ratchathani University